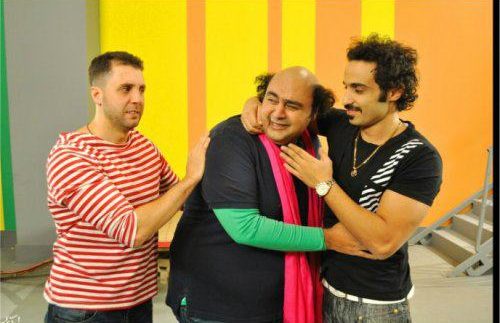 The Shanab family home, which they bought from the Hanche family decades
ago, is a blight upon their existence. Whenever anyone tries to sell the house,
they’re afflicted with some terrible misfortune, the most notable of which is the
death of almost the entire family by electrocution. The only ones spared
happened to be Grandma Batta (El Gidawy) and her three granddaughters. All
grown up sceptical of the house’s horror stories, the three cousins, belly-dancer
Shouk (Fahmy), vain university student Shahinda (Maged) and doctor-in-training
Shaymaa (Chiko), decide to sell the house to alleviate their financial woes. To
their horror, they wake up the day after signing the contract as men. The film
follows the three women as they navigate the world in male bodies while looking
for a way to get the house back from the man they sold it to; Aziz El Hanche
(Edward). Upon buying back his ancestors’ home, the curse that had afflicted
his family since that awful day, was lifted and as a result, there’s absolutely
no way that he’d ever part with it again.

Basing a movie on gendered stereotypes and jokes could have been wildly
sexist so kudos to the filmmakers for making a film that was relatively
inoffensive. On the flip side though, the film just wasn’t that funny and the
jokes usually just fell flat. And while the main trio play off of each other
well enough, Fahmy, as Shouk, is by far the strongest, though that may be
because his character is the least stereotypical of the three. Shouk is the
smart one who takes charge of the situation, while Shaymaa and Shahinda wile
away their time obsessing over their weight and appearance respectively. There
comes a point where you just want to tell them both to get over themselves.

A requisite romance between Shaymaa and Dolly (El Lozy), a model, feels
highly forced and really doesn’t forward the plot in any way. El Lozy is barely
given anything to work with except for the most cliché dialogue imaginable. It
basically revolves around how he’s the only guy she knows that understands
women so well.

The jokes are mainly riffs on stereotypes such as ‘women can’t park’ or
‘women can’t change a tyre’ or that they’re image obsessed or overuse the word
‘cute’. These rarely brought anything new to the table as they’ve been done to
death..

The film is super cheesy and nowhere is this more visible than in its
visuals and special effects which look like they’re straight out of a cartoon.
In fact, the cartoon aesthetic even extends to the characters and the dialogue.
Aziz is infatuated with Uncle Scrooge and dedicates a long, glowing monologue
to him and the grey streak in his hair is highly reminiscent of Cruella De Vil.

Banat El Am
probably would have been better had they used this opportunity to discuss the
topics brought up, in a less shallow way. It could have been a perfect chance
to discuss sexism in a way that would appeal to a mass audience of both
genders.

Characters Sameer, Shaheer and Baheer from the lead trio’s previous film make a cameo in this one, tying the two movie universes together.