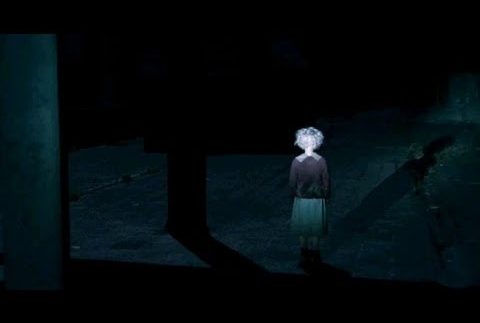 Shaky cam, jiggling boobies, no scares, a full house; it can only be a mediocre horror film. In fact it’s so bland that we suspect a franchise in the making.
In the interests of fairness, this film actually has a semi-decent premise; at the very least it’s somewhat new. A bunch of young Americans go on a day trip to Chernobyl along with a burly tour guide, a hipster/bum and his Norwegian girlfriend. They sneak in, braving the precarious radiation levels, and check out the abandoned buildings and generally desolate atmosphere. From here on out, it’s your regular cheap horror film. The seemingly abandoned town opens up to reveal a bunch of radioactive predators of both the canine and human kind who hunt our thrill-seeking holidaymakers down one by one.

The Chernobyl Diaries is from the same guy behind the weirdly successful Paranormal Activity series. But while those films usually managed to sustain some sort of tense atmosphere, this one really doesn’t. You get a few jumpy moments at the most but nothing that will keep you on the edge of your seat or disturb your sleep. And while the film is semi-interesting as a general history lesson about what happened at the nuclear reactor and the effect it had on the city and the people living there, it’s basically a horror film for the meek. Why it got an R rating is completely beyond us.

Jesse McCartney – remember him? – stars alongside some other cute, perky people as your regular horror film sacrifices. Character-wise, there isn’t much more to them than their looks and as a result you don’t really care when they get mangled or disappear. Of course, another reason for this is that you don’t really see much onscreen gore or violence either. You see trails of blood, the survivors looking scared then a split second shot of a bloody corpse, or a shot of a hacked-up body taking its last breaths. If you’re keeping track, this is a horror film, with no tenseness, no gore and no violence. What’s left you ask? Basically a continually-shrinking bunch of tourists running around trying to find their way out of a Ukrainian ghost land. Fascinating.

On the plus side, the locations look really bleak, creepily so, and the film isn’t overly reliant on shaky cameras, i.e. it won’t be giving anyone a headache. The actors are bland but pleasantly so and the ‘extreme tourism’ thing has potential should a sequel surface – God forbid.