Eat Pray Love: A Journey of Love and Landscape 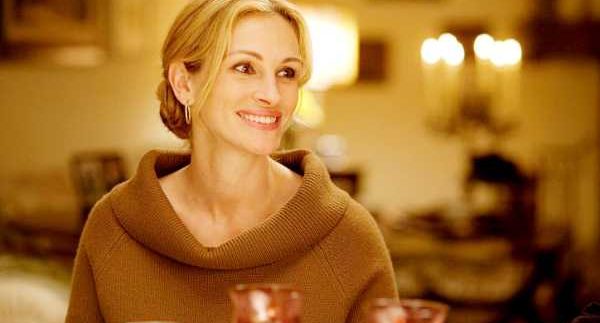 Topping the New
York Times bestseller list in 2008, Elizabeth Gilbert’s Eat, Pray, Love quickly
became an international favourite, in a novel combining travel with
spirituality and romance. Based on Gilbert’s true life experiences of
travelling around the world, many readers found inspiration in the author’s
self-rendering experiences of inner peace and outer exploration.

With much success
at hand, director Ryan Murphy quickly snatched up the novel’s rights, turning
it into a highly-anticipated box office hit, with Julia Roberts filling Gilbert’s
shoes. From the very beginning, relationship troubles are at the forefront between
Liz (Roberts) and her uptight, pedantic husband (Billy Crudup). Their fraught situation is further complicated by their inability to conceive and her brief, steamy
affair with an aspiring actor (James Franco).

As she becomes
increasingly aware of her hopeless situation, she decides to set out on a
journey fuelled by a strong desire to discover her inner self while exploring
the world around her. It’s a beautiful concept in theory, but it unfortunately ends up as a kitschy and unnecessarily romantic film.

Leaving behind
loved ones and a nasty divorce; Liz first sets out for Italy with the purpose of doing
nothing but eating. It may be a clouded source of comfort and a false reality,but
she determinedly eats herself through temporary solace.

Next on the list
is India,
where Liz stays in an ashram and strives to obtain peace through prayer,
meditation and guru-led therapy sessions. Although Liz identifies her deep
yearning for change and acceptance, the spirituality featured heavily in the
book only scratches the surface here in the film version.

In Bali, Liz relaxes and thrives in the beautiful landscape of
the small island. Meeting Javier Bardem, she falls passionately in love; and
has high hopes that she can finally be at peace now that she has her life
together but what that love teaches her is something unexpected.

Roberts seems
to laugh and cry her way through each city’s beautiful landscapes and gracious
people. While the film’s scenery is often exquisite, the over-romanticised view
of each culture is quite orientalist and one-dimensional. It is not that
different from saying that Cairo is utterly
beautiful when all you have seen is a felucca on the Nile
at sunset.

With all its good intentions, Eat, Pray, Love
could possibly touch the hearts of viewers seeking to travel or discover their
inner selves.  Despite these good intentions; the film is poorly
executed. Roberts plays the role well and seeks to inspire others to do the
same, but she fails to bring anything new to this rather one-dimensional
character.

While this film had great potential, ultimately Roberts’ star status overpowers her role as the simple and supposedly realistic protagonist. Instead, Eat, Pray, Love becomes another star vehicle along the same lines as Valentine’s Day.