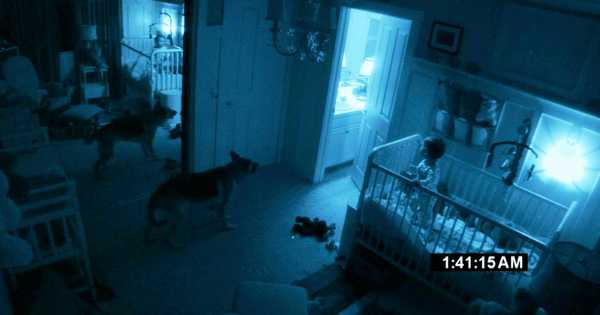 The original Paranormal Activity owed much of its success to the realistic
mystique suggested by its reality-TV aesthetic. It was the centre of the film’s
viral marketing campaign and the reason why word spread amongst filmgoers.

Regardless of the film’s quality, there was
something fresh and intriguing about a film fuelled by classic horror thrills
as opposed to the gallons of flesh and blood spewed in every Saw film. Despite their differences,
both franchises share the same cold ambivalence towards their victims. A
disregard for human life is usually prevalent in classic horror affairs.

The second Paranormal Activity is fully aware of the obstacles that it faces. The novelty of the found
footage gimmick won’t have the same effect as its predecessor; plus, the
mystery is now out in the open. So instead of going the Saw route by rehashing the old story, the film circles back to the
events that led to the first Paranormal
Activity, making it technically a prequel.

It turns out that Katie (Featherston), the
tormented girlfriend in the first film, had a sister named Kristi (Grayden).
Kristi is blissfully married and has just given birth to a little boy. She’s
living peacefully with her husband and his daughter from a former marriage
until weird things begin to happen. Doors shut all by themselves, lights turn
on and off with no one around, and things mysteriously move around the house.

Like the first film, these events are never
fully understood. However, this time, Paranormal
Activity 2 supplies us with a narrow mythology that explains the hunter
demons and their motives. It’s an added bonus to the main attraction, which
is wisely given the most attention. The jump-out-of-your-seat scares are still
there, and they are more intense and frightening.

Paranormal Activity 2 manages to
recreate and capture the exact formula that made the original a surprise hit.
It’s a more competent piece of filmmaking; and at least, the film avoids falling
into the trap of merely recycling the original. By expanding the mythology and
toning down the gimmickry, Paranormal
Activity 2 serves as an effective prequel, but it also lacks the freshness
of its predecessor.

Fans of the series can look forward to a third Paranormal Activity instalment, which is set for a 2011 release.