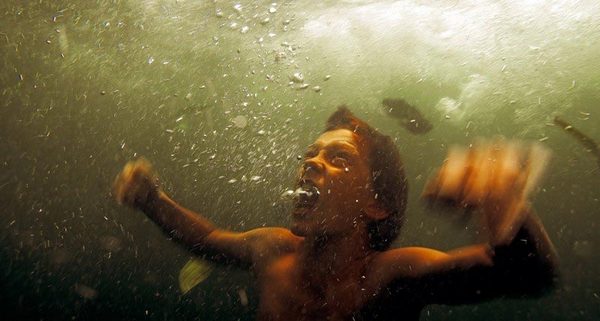 When the Indian Ocean Tsunami hit the coasts of South East Asia in December 2004, hundreds of
thousands of people lost their lives and millions were left homeless. It’s one
of the worst natural disasters recorded in recent history and the devastation
caused goes beyond anyone’s imagination or understanding.

The Impossible, an astounding true story of a family
swept apart by the horrific events, is captivating and visually engaging – it’ll
stir even the coldest of hearts.

The story follows the Bennett
family; Maria (Watts), Henry (McGregor) and their three sons Lucas (Holland),
Simon (Pendergast) and Thomas (Joslin), as they make their way to Thailand for
their Christmas holidays.  They like what
they see the family quickly settles in and starts enjoying their time in the
sun.  Everything seems to be going well; the
boys are woken up on Christmas day by their parents who video their boys’
wide-eyed faces on their hand-held camcorder.

Unfortunately, the joy
is short-lived. Come Boxing Day, they, and all the other guests, are lind-sided
by ninety eight foot-high waves that hit the shore, swallowing everything in their
way.  The family gets torn and swept
apart from each other by the deadly forces of the water, now awash with
floating cars, lounge chairs, bicycles and other dangerous debris.

The Impossible is the first English-language
feature from acclaimed Spanish director Juan Antonio Bayona. Working from a
script by Sergio G. Sanchez, Bayona masterfully elevates this true survival
story above any other with his portrayal of the storm and its atrocious
aftermath.

The tsunami outbreak
sequence creates a demoralising sense of the unknown and as we get taken in and
out of the muddy waters.

The repercussions are
even worse than the storm itself; the excruciating pain of desperately
searching for loved ones is heartbreaking. The celebration of the human spirit is
commendable and the sense of how people come together in a crisis, offering
each other a shoulder to cry on, is inspirational. There are no good guys or
bad guys; this is Mother Nature at its worst and the will to survive is strong.

The shortcomings are
few; the wave breaking scene might have been a little exaggerated for the big
screen and the near misses and hospital misunderstandings a little conventional
and predictable. However, all of these small flaws don’t have an overall affect
on the outcome of the film.

The Impossible wouldn’t be possible without its
talented cast.  McGregor has rarely been
this good; his desperate and grief-stricken face is compelling and
tear-jerking, while Watts’ general likeability shines as she digs deep for the
role of Maria.

The star of this
tragic and inspirational story is Holland with his marvellous portrayal of
Lucas; a stubborn pre-teen who is being forced to grow up much too soon.  Pulling the audience in, Holland’s innocence
and desire to survive is touching.

Just like its topic, The
Impossible comes at us unexpectedly. It’s a tormenting and inspirational
story that plays as a powerful tribute to the thousands of souls lost on that
tragic day.

Many of The Impossible's extras are actual survivors of the Tsunami.