Up in the Air

Up in the Air: Clooney’s At It Again 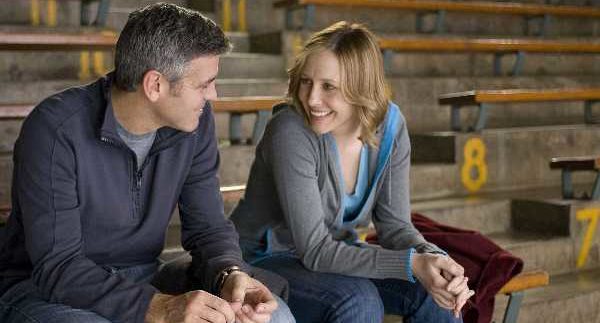 Had it not received the attention, award nominations and notoriety it has, Up in the Air would have been another one of the many sarcastic romantic comedy films that are so popular these days. But this is writer/director Jason Reitman’s baby and was given a Best Picture nomination at the Academy Awards, with the cast and director grabbing nominations as well. Needless to say, expectations are always high when you throw big names and big directors into the mix. Sadly, Up in the Air is a major disappointment. From the outset, its shortcomings are clear as it tries too hard to be something its not: funny. Furthermore, it doesn’t have the character or wit that Juno (another Reitman credit) had and lead actor George Clooney plays the same role, says the same lines and acts the same way he has done in recent memory, Syriana excluded. The story might be somewhat original, but it is overshadowed by stale jokes, a weak storyline that is both predictable and boring, and a supporting cast that does little to convince the viewer of their roles. While Reitman has achieved Hollywood success in this film by writing a film that attempts to show the importance of family, it does it so blatantly that it comes off as yet another pretentious example of how success can dampen art. The journey of Ryan Bingham (Clooney) is all too predictable and short on development. When we first meet Ryan, he is a confident introvert who has little time for others. When his company begins to take measures to keep him off the road and back home in Ohama, Nebraska, he throws a fit. The journey he embarks on to arrive at the realisation that his solitude isn’t what makes him happy leaves the viewer wanting more.

Throw in two uninspiring side-kicks, recent graduate Natalie (Kendrick) and Bingham’s fling turned love interest turned betrayer Alex (Farmiga) and it becomes a painfully obvious film about the necessity of having family and friends. Up in the Air fails to live up to its promise as a witty comedy, and if that vital element isn’t present, than what’s left?

Juno, American Beauty, As Good as it Gets

Female viewers will undoubtedly swoon at the sight of Clooney, but this isn’t just a chick flick, some conscientious males may also enjoy it.