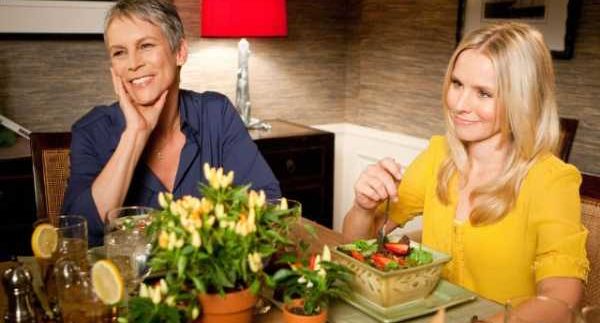 You Again is a film that gets the job done with few surprises.
Granted, it’s not aiming that high to begin with; it settles for recycled rom-com
tropes and mild high jinks just funny enough to keep the ball rolling; and
overall, You Again is nice.

However, nice can only take you so far before losing your attention. What
most films require beyond pleasantry is either a sharp set of teeth to grab
your attention, or a twisted view of reality, neither of which can be found in You
Again.

Marni (Bell) is the underdog high school drama victim that viewers feel
compelled to pity and root for. We first get a glimpse of the hell that she
went through in her senior year. Back then, she was still cocooned in
adolescent awkwardness with a set of coke-bottle glasses and acne. She makes
the butterfly transformation into a gorgeous, high-heeled babe during college,
but scars from early years of constant ridicule by high school bully Joanna
(Yustman) never fully heal.

Now that Marni begins to take major steps in her professional career, the
inner insecure girl is fading. When Marni takes a small break to go back home
and attend her brother’s wedding, she discovers that her future sister-in-law
is none other than Joanna.

Marni is not the only one that meets an enemy from her past; her mom
(Curtis) is reunited with an adversary of her own (Weaver). Between the four of them, You
Again goes about showing us how vicious and resentful the female specious
can be. The lesson learned is that behind all their demure grins, women can harbour
bitterness and spite for decades. This is makes for a most regressive portrayal
of womanhood, one that only adds insult to injury by wrapping up the tale with some
reaffirming sentimentality.

Bell is a talented starlet with a unique comedic sensibility, which has
played to her advantage in past endeavours such as Forgetting Sarah Marshall.
She possesses an approachable charm, countered with clocked sinister delivery.
In You Again, she seems to have bypassed her natural quirkiness in
favour of appealing to a broader audience; essentially taking the Katherine
Heigl route by playing a relatable unassuming character that all girls can
relate to.

Films get away with flat subtexts all the time, but usually the subtexts
serve as a springboard for something else, like comedy. The jokes in You
Again are not only dull; they have also been heard before. At least the
film shoots them at a speedy pace, and the adorable Betty White gets to have
one last hilarious joke.

In a funny nod to their roles in the film, Jamie Lee Curtis and Sigourney Weaver actually wore the same dress to the premiere.