A Foodie’s Thoughts on Ramadan in Cairo 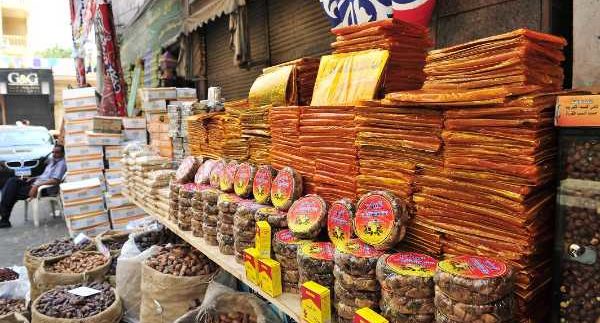 Ah Ramadan,
the word itself can make a foodie smile. Cairo
comes alive with the sounds of Arabic music and a severely bipolar traffic
disorder. The food available in Cairo
also takes a different form to cater to the Ramadan expectations and appetites.
The month-long season of increased sedentariness and appetite wreaks havoc on
the waistline, and is often blamed for the paradoxical increase of blood
cholesterol levels, even though most people claim to fast from sunrise to
sunset. How is this possible?

The answer
is very simple: Ramadan tables are all about excess. A person fasting is a person who demands
certain privileges: to be left alone to writhe in hunger, then to be fed like a
king at sunset, then to be left alone to writhe in indigestion until just
before dawn, only to begin the cycle anew. For a lot of folks out there,
Ramadan is the only time of year when they regularly eat two meals a day;
outside of Ramadan they’re lucky to eat one. These Ramadan meals must fulfil
certain criteria, lest we anger the poor fasting glutton.

Let’s
examine the first Ramadan meal: fetar. Literally translated, it means breakfast;
and for 11 months of the year, it is often ignored or supplanted by nicotine
and caffeine infusions. During Ramadan, fetar becomes an essential part of a
person’s day – even if they’re not fasting. Expected on the fetar table are at
least two kinds of meat, assorted starches and salads. Chicken and beef stews
are pretty standard, as is a casserole of macaroni with béchamel. The most
consumed liquid during this teetotaling month is a thick, dried apricot
smoothie (sans milk) or a dark and deeply refreshing cold tamarind infusion.
Rice? Check. Potato? Double check; the side dishes are the mortar to the bricks
of the main courses, building a veritable fortress of cholesterol and fat
capable of withstanding the siege of self-inflicted famine.

The second
meal, sohour, is a different matter; the quantities may be less, but what it
lacks in quantity it makes up for in variety. It’s meant to be a light meal to
shore up the fasting man’s defences against the coming hunger. Foods rich in
complex sugars, low-salt dishes and plenty of water seem to be the best
combination. The reality is very different; during a recent visit to
Tagine, salty and protein-rich foods were consumed – all of them very tasty
– but the effects of which ensured a painful and arduous fast the next day.

Foul medammes and tehina are arguably the most popular options, followed by
lightly fried potatoes, sambousak, chicken livers and assorted yoghurt and
cheese salads. I know a household that fed their prepubescent children pancakes
and French toast for sohour – they turned out fine, but developed an aversion
to consuming maple syrup before 8AM.

For a Cairo neophyte, this can
all be very overwhelming; the entire city becomes feverish with hunger; Road
rage during the day intensifies as does the traffic congestion. Hotels bombard
us with buffets and set menus designed especially for consumption during
Ramadan. Invitations from friends and family will come; fetar at the house, and
sohour probably at some Nile-side lounge to smoke the shisha, drink the juice
and eat the mezzas. It’s all very entertaining, but you would expect quite the
opposite from a month that tries to bring us closer to ourselves through
self-denial and discipline. We shouldn’t be getting fatter; we should be
getting smarter and kinder.

To be
smart, you should check yourself before you wreck yourself‘; that is to say
that one should not eat till one’s insides are bursting with roasted beef flavour.
Sample all that the abundant dinner parties have to offer; just not to excess.
Like a seasoned marathon runner, you should also realise that slow and steady
wins the race. Pace yourself to keep those taste buds and that stomach lining
nimble and ready for the tsunami of delicious protein and fat barrelling down
your gullet.

True gourmands will revel in the experience of having their pick
of all that life and Egyptian cookery has to offer. And there is something
resplendent and patriotic about being served quintessentially Egyptian fare at
almost every turn: outside of Ramadan, most restaurants wouldn’t be caught dead
serving Ro’aa (except for those specialising in Egyptian food, of course).   For one month, Egyptian home-style food is as
fashionable as Foie Gras on Focaccia.

For this
one month, one can walk through the empty streets twenty minutes before sunset
and delight in the smell of cooked food everywhere. A traffic jam of the
nostrils: roasted tomatoes, boiling chicken stock and the perfume of grilled
meats emanating from every household cooking in uncoordinated unison is the
reason we foodies love Ramadan so much.