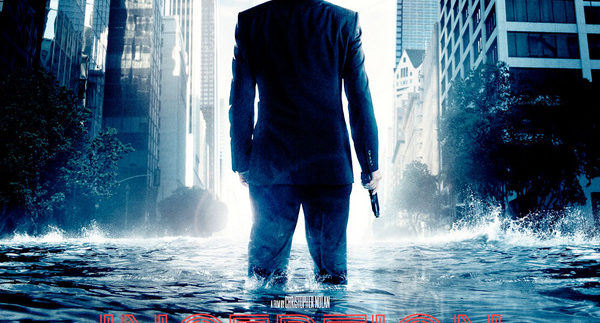 2010 has been a visually exciting, entertaining and compelling year for cinema, especially in Cairo, where we were lucky enough to watch thought-provoking dramas, brilliant 3D animation and many memorable character performances. Here’s our round-up of the best films that Cairo 360 has reviewed this year.

10-The
Kids Are All Right

Dining room dramas are
not the best platform for comedy, but the extremely honest and conducive Kids are All Right pits its leads
against each other and digs out the humour inherent in awkwardness. The
truthful and witty script is topped by stellar performances by Moore, Benning
and Ruffalo, who fully inhabit their characters.

Of the two
questionable-reality films that DiCaprio made this year, Shutter Island features the actor’s better performance. And while
the film lacks the heavy air of prestige and dense thematic weight that usually
fills Martin Scorsese’s work, it does showcase the filmmaker at his most
dynamic. Shutter Island is
suspenseful, terrifying and puzzling, in the best sense of the word.

8-Exit
Through The Gift Shop

Banksy’s foray into
filmmaking is not a typical one. The radical artist approaches this documentary
with the same prankster sprit found in his work. He raises interesting and
fundamental questions about art and the nature of the artist; and just like his
graphite work, it’s remarkably colourful and free of pretence.

What elevated The Town from being just a serviceable
heist film are two things: the impressive work on the characters, and more
importantly; the attention to detail in the bank-robbing minutia. The agility that
the actors bought to the screen with Affleck’s assured direction helped bring
intensity to the crime scenes. The highlight was
Jeremy Renner’s amazing turn as one of the most harrowingly manic film characters of
2010.

With the surprising and stellar performance by Jennifer Lawrence, Winter’s
Bone is much more than a showcase of impressive acting. The film starts as a
slow-paced suburban drama, and then it turns into a backdoor-detective
thriller; and ends with an unrelenting emotional storm. The film is a moving
portrayal of a fierce character confronted by a brutal reality.

5-Scott
Pilgrim Vs. The World

In terms of pure
enjoyment, Scott Pilgrim has to be
this year’s champion. Never did a film contain so much colourfulness,
excitement and explosive energy in such a concentrated dosage. Add to the mix Edgar
Wright’s relentless visual flair; and the end result is as much a film as it is
a living videogame/comic book/cartoon.

Surprisingly enough, 2010’s
most heartbreaking moment came near the end of Toy Story 3, and the most chilling scene in recent memory came
during the final act. The third instalment of Toy Story covers a wide spectrum of human emotions, which makes it
the most challenging, entertaining and engaging of the whole series. The
film is another cinematic masterpiece in Pixar’s impeccable film repertoire.

When news first
surfaced about David Fincher directing a Facebook film, it was received with lukewarm
reactions. Fincher is known as a visual maverick with an appetite for hyper
subject matters; he definitely doesn’t come to mind when considering the
tedious drama behind Facebook. Rather than stooping down to the level of the
material, Fincher and screenwriter Aaron Sorkin adapted the story
of Mark Zuckerberg into a Shakespearian drama about betrayal,
friendship and obsession. The Social
Network artfully captures the zeitgeist of our time as if it were a future
retrospective.

The subject of Arabs homogenising
in France is where A Prophet’s initial
appeal stems from. A Prophet
is truly memorable in the way it disintegrates the prison environment and
fixates on its lead’s transformation. A character study as well as a gangster
saga, the film echoes themes from The Godfather, Goodfellas and countless other
classics. While these films offered a more glamorised version of   crime and the unspoken code of honour, A Prophet stands out due to its gritty realism and poetic tone, as well as a tour-de-force
performance by French-Algerian actor Tahar Rahim.

It’s difficult to sum up
the reasons behind Inception’s
triumph as a film. It’s even more puzzling as the film features plot holes that
have their own plot holes. However, none of the shortcomings detract from the
film’s brilliance; but rather they add to its allure. Inception invites hyperbolic and mystified chatter in its viewers,
who may overlook the fundamental reasons that made the film so effective. Inception can easily be watched over and
over again, it sticks to its maze logic, and it is the most action-packed and
thrilling film of the year. It is also brilliantly plotted and produced; and as
far as culture significance goes, it was the film that left the strongest
impression in 2010.