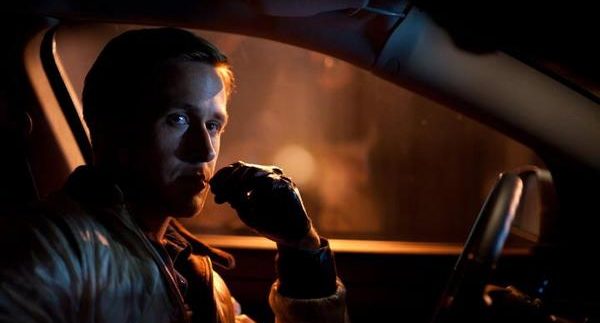 Drive is ultimately about a
man who’s run afoul of the local mob through no direct responsibility of his
own. Fearful for the safety of the people he loves, he’s spurred into
action.

Despite being the lead, Gosling’s character doesn’t even get a name, which
actually is highly fitting for his character. His unnamed character is a
zombie, only alive in theory. A wizard with cars, he works part-time as a
Hollywood stunt driver and occasionally moonlights as a getaway car wingman. He
drives around with a blank, expressionless face, not even
caring that he’s being completely exploited by those around him.

When he meets
his new neighbour Irene (Mulligan) and her son, Benicio, the first spark of
life appears in his eyes. The only time he shows any feeling throughout the
film is when he interacts with Benicio or Irene, to whom he’s obviously taken a
liking.

When Irene’s criminal husband, Standard (Isaac) is released from
prison, Gosling’s character’s only emotional stimulant is threatened. Standard
owes a local mobster a couple of thousand dollars that he has no way of paying it
back. Practically owned by the mobster, Standard is pressured robbing a pawn
shop. When he refuses, he’s seriously roughed up and finds himself in the
unenviable position of having his wife and kid next on the hit list.

To save Benicio and Irene, he offers to help Standard with robbing the
pawn shop. Unluckily for everybody, the robbery goes awry and the film turns
into a survival of the fittest theme, where the length of time you stay alive
is directly proportional to your kill count.

Drive is slow, tense and
brutal. The actors convey more with their eyes than with their very limited
lines, which echoes Gosling’s character’s zombified state. Gosling is fantastic
as the dead-eyed lead and honestly, he’s never been more terrifying. His is the
kind of character that yearns for happiness, yet he stamps in people’s heads
with no second thoughts. It’s not that he’s a violent character; he’s just the
embodiment of numbness.

Mulligan’s Irene, on the other hand, is full of emotion
and she manages to bring a semblance of life to his eyes. She’s caught between
her criminal husband and Gosling’s character, who was there for her and her son
when Standard was in prison. She’s
desperate, lonely and lost while trying to remain the one stable presence in
her son’s life.

Visually, Drive is so stunning
it would still be entertaining if you watched it on mute. Except that would be
a real shame considering how epic the 80s-style, synth-heavy soundtrack is. In
addition to the perfect use of slow motion and moody lighting, the lead
character’s bomber jacket is also worth a mention. It’s silver with a big golden
scorpion splashed across the back, and gets bloodier and bloodier as the film
goes on. It, like the rest of the film, is supremely stylish.

In short, Drive is
simultaneously gorgeous, tense, unsettling, violent and romantic. It’s a cult
classic in the making.

Hugh Jackman was originally slated to play the lead.