Skyfall: 007 Returns Up Close and Personal 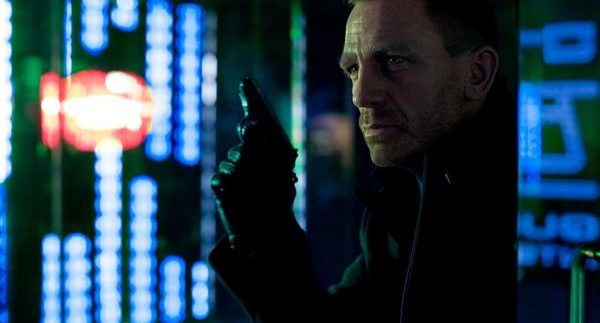 Fifty years on, and Ian Fleming’s elegant and resourceful spy is still breaking grounds in the world’s most durable franchise. With an Oscar winning director Sam Mendes (American Beauty) behind the wheel, it’s no surprise that Skyfall‘s true narrative power lies with the simplicity and profoundness of the characters we all thought we knew well.
Marking the fiftieth anniversary, Skyfall, the twenty third addition to the 007’s hall of fame is not, as some have suggested, the Best bond instalment ever made – but it sure comes close.

Without too much delay, Sam Mendes takes us straight onto a transformative and lengthy vehicular chase in Istanbul, Turkey. Bond (Craig), along with his fellow colleague Eve (Harris), are on a hot pursuit of a stolen hard-drive which holds the identities of every undercover agent around the globe. Not before long, after an error in judgment, the injured Bond falls into the hands of mortality; the superspy loses the battle and as it appears, his life.  Bond, now missing and presumed dead, licks his wounds and drinks his pain away in an undisclosed paradise-like location.

Following the bombing of MI6’s headquarters in London and the anonymous internet leaks of highly classified information involving MI6’s undercover agents. M (Dench) is led to believe that this is more of a personal assault rather than an arbitrary terrorist attack, and seeks help from her only devoted and trusting agent; the slightly off his game, Bond.

Mendes’ traditional take on Bond is handled with a good deal of joy and respect. He settles on the more personal approach, allowing the characters to develop the relationships more intriguingly than usual. What’s more, the success of this film also lies in the hands of the cinematographer Roger Deakins. From the skyscrapers of Shanghai and all of its twinkling lights to London’s underground and eagle-view night shots, Bond has never looked this good.

The mind-blowing titles sequence, featuring Adele’s melancholic theme song, manages to submerse the audience into an unfathomable sense of nostalgia, letting them know that things are a little bit different this time.
Craig, leaving the disappointment of Quantum Solace behind, is charming, witty and vulnerable all rolled into one.  Bardem, with his personal fixation and obsession with M, but doesn’t make his first appearance until the film’s half-way mark, does an ok job.
A  surprise turn is taken with the casting of Bond’s right-hand man ‘Q’ and the role of the ‘Bond girl’, played by the voluptuous French actress Bérénice Marlohe, which felt rushed and completely irrelevant.  The most notable performance reward goes to Dench, who is the troubled heart of this drama. Stoically portrayed, M is without a doubt Skyfall‘s real ‘Bond girl’.
Rare is there a James Bond film that makes perfect sense, and Skyfall, despite its brilliant story and over-competent cast, does have a few potholes. Overall though, it is a stirring addition to the James Bond franchise. Happy Birthday Bond!

It is believed that director Sam Mendes originally offered the role of the villain to Kevin Spacey, he declined due to scheduling conflicts. Spacey worked with Mendes on American Beauty.

A Little Bit of Everything at Santoku Sushi and Steakhouse