When in Rome: A Funny Look At Romance 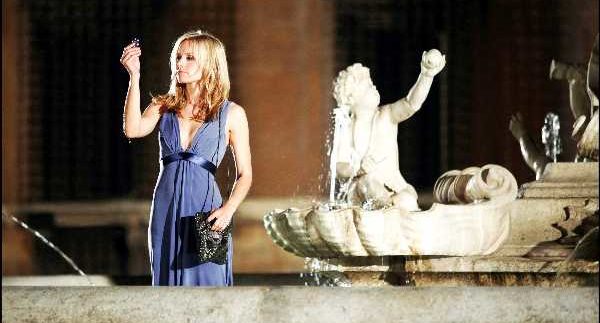 Hollywood has always
been fascinated with the romantic notion of escaping to Rome, ever since Audrey Hepburn and Gregory
Peck fell in love in Roman Holiday and
stuck their hands into the iconic Mouth of Truth statue, a scene that has been
imitated in many other films such as Only
You.

When In Rome revives Hollywood’s love affair with Rome. Bell
stars as Beth Harper; a young New Yorker afflicted an interesting problem:
everywhere she turns, multiple gentlemen are vying for her affection. Poor her.


In search of some peace and quiet–and of course, in the hopes of finding
true love amongst the barrage of suitors at her door–the damsel in distress
takes off for Rome
to clear her head. If there is any truth to the stereotype of Rome as a city of dizzying romance, or to
that of the Casanova-type gentleman, you might agree that this is a
questionable decision from the outset.

The film sinks a little lower when Beth
decides to leave her haphazard love life up to fate and superstition, by
wishing on the coins of a fountain of love. This is yet another theme that is
heavily reminiscent of Only You, only
minus the breathless charm and beauty of Marisa Tomei.

What ensues is an hour and a half of watered-down slapstick scenarios,
in which a number of new suitors arrive on the scene and chase Beth around.
DeVito, Heder, Shepard and Arnett provide some light laughs, while Duhamel
gives an earnest performance as Nick Beamon , the knight-in-shining-armour/
journalist who stands out from the crowd of rose-bearing suitors.  Duhamel upsets
the world of the peppy temptress, in a happy-go-lucky storyline that does not
stray far from the tried and true rom-com formula.

When in Rome is a
gratuitous montage of typified Roman scenery, lovers’ quarrels and whimsy.
Believable it may not be, but like an unhealthy snack, it hits the spot for
those romantic comedy junkies amongst us.

Of course, like junk food, too much of this kind of film can also be
harmful to your health: please don’t take dating tips from this over-the-top,
fantasy-chic flick, where shooting stars grant wishes, Europeans drive
ridiculously tiny cars, and of course, everyone gets to live happily ever
after.                                      But after all, if it makes us smile, who are we to complain?

Keep this for a girls’ night out or possibly a date movie.