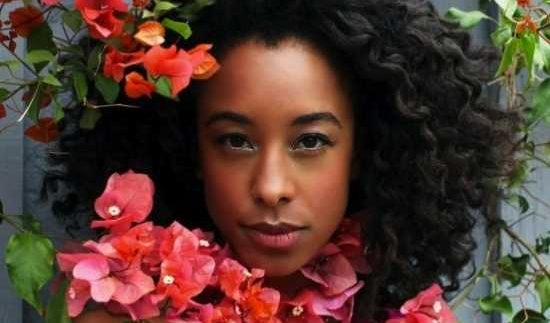 A
morning bicycle ride down a dirt road, whilst singing about ‘Sipping tea
at a bar on the roadside’, is perhaps the most common image that comes to
mind when one hears the name of English-born singer/songwriter, Corinne Bailey
Rae.

The
image, taken from her self-debut, 2006 title track’s music video ‘Put Your
Records On’, introduces Rae as a
fun-loving, down-to-earth gal with her cheery lyrics and effervescent yet
soulful beats. Selling over 4 million albums in the past four years and placing
her at the top of the charts from the USA to the UK, Rae hit the soul and RnB
scene with a fresh face and a wistful, bohemian style.

While
Rae’s original success did indeed stem from her talk of bicycle rides and
butterflies, the recent release of her long-awaited second album The Sea, has more than surprised her fans; they have received
something much more deeply rooted in human emotion, as she stares it in the face.

The
album’s release comes after a two-year gap in production, following the death
of Rae’s husband and saxophonist, Jason Rae. Rae’s experiences with the
grieving process carries a heavy weight throughout the album, along with her
absolute ability to savor life like little fireflies in a jar; allowing the
elements of hope, despair, inspiration, loss and love to intertwine with heart-rendering honesty.

In the
opening track ‘Are You Here’, Rae’s delicate voice sings ‘And he
comes to lay me down in a garden of tuberoses’, accompanied by a delicately
strummed guitar. The approaching of her imagination while longing for her late
husband’s love makes this song hauntingly moving.

‘I
would like to call it Beauty’ openly describes Rae’s perspective on dealing
with grief, incorporating a poignant, jazz-infused lament as she describes her
new-found awareness of raw, human emotion in a subtly graceful way.

With
the album’s central matter primarily revolving around her heartbreak, Rae
brings balance including songs like ‘The Blackest Lily’ and ‘Paris Nights/New York Mornings’, embracing the delightful,
worry-free moments of life. In the latter, the lyrics ‘Breakfast at
Mickey’s/ Make-up still on/ Elbows on the greasy table cloth/ One more coffee
and one last cigarette’ illustrate a blissful scene that is all too
familiar. The song’s poppy take, accompanied by Rae’s light, flying vocals,
assures us that even in the darkest of epoch, joy can be found.

If your current
disposition is calling to be touched by the beauty that The
Sea brings, you won’t be disappointed. You may want to keep some tissues
around, but rest assured it’s not all doom and gloom.