LCD Soundsystem: This Is Happening 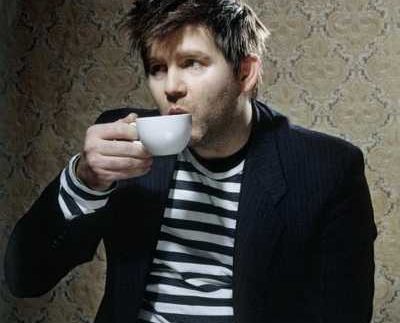 In 1996, Weezer released Pinkerton, the definitive self-loathing record of the 90s. Much has
been written about Pinkerton’s
cringingly juvenile honesty, and herds of confused and frustrated Generation-Xers
read way too much into it, to the point that Weezer’s front man Cuomo rejected
the record’s insight and said, ’It’s like getting really drunk at a party and
spilling your guts in front of everyone, feeling incredibly great and cathartic
about it, then waking up the next morning and realizing what a complete fool
you made of yourself.’ Producer James Murphy, better known as the vocals and
brains of LCD Soundsystem, is perpetually partying and confessing, yet never
waking up to regret it.

Murphy, who turned forty while recording the album,
said this is to be the last that we’ll see from LCD Soundsystem. For him, it
was a side project that grew monstrously to consume his life. Murphy got his
start as a mock rock star by the time he began losing his edge to younger, hipper New Yorkers. He has made an entire
career out of self-aware electronic anthems in post-ironic fashion. After two
successful and acclaimed runs, LCD returned for a final round of hedonism dressed
in fat beats, melodic harmonies and bowed with vintage synthesizers.

This is
Happening finds LCD Soundsystem at its most intimate. Aside
from bombastic ’Drunk Girls,’ which was added solely to counterbalance the
overblown and subtle tracks on the album. This
is Happening is elaborate, concise and takes its sweet time to build up to
its explosive conclusions. The opener ‘Dance Yrself Clean’ alters between cold
realities and the escapism of a life of party hopping. Again, Murphy comes off
as the most insightful and talkative person that you’ll ever bump into in a
club.

However, Murphy isn’t operating according to any kind
of master plan; he just speaks his mind. ‘I Can Change’ is a yawn-inducing plea
for love; it cuts to the chase and confesses, ‘I can change if it helps you
fall in love’. Murphy believes that playing it cool is just a waste of time.

Direct and clear, LCD Soundsystem is one of the rare
bands that doesn’t hide under cryptic yearning or a desire to be cool. He’s reached
the point where cool doesn’t matter anymore. Forget about the words for a
minute, audible as they are; it’s the funk and groove that should draw you in.
LCD’s knack for taking his early electronica influences and using vintage synthesizers
and old-school drum beats to make nifty dance cuts is undeniable and utterly
delicious.