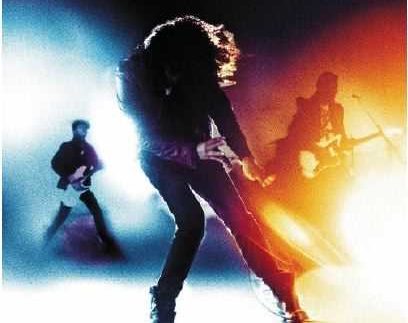 Paper Tongues finally released their self-titled debut album just over two weeks ago. The anticipation stems from the excitement generated by their lead single ‘Ride to California’, which was released a few months ago. This American band hails from Charlotte, NC and boasts seven members, all bringing their different musical tastes to the table. Their style of music is generally rock, but they’ve attempted to infuse their sound with many different influences, based on the individual backgrounds of each band member. While this sounds great on paper, in practice it results in an often cacophonous and confused delivery. There are many times throughout the course of the album when the lead singer, Aswan North, should shut the hell up and let the music come through. Far and away the best track on the album is ‘Ride to California’; a song that balances the bombast of a big drum sound, hip-hop-styled beats and the high-pitched yell of the lead vocalist. Only two other songs on the album reach for that same formula, the most notable being ‘Rich and Poor’. Otherwise, the singer’s voice sounds uncannily like Cold War Kids, especially when listening to ‘Strongest Flame’, a song that could have been done justice in the hands of another band more capable of managing heartfelt ballads. The core of the problem is that each and every song is so heavily laden with a vocal-line; it doesn’t give a chance for you to sit back and enjoy the instrumentation. Every hook is punctuated by a lyric, more often than not delivered like a high-pitched whine. Whatever happened to guitar solos? Drum and bass solos? God knows it’s the drum and bass that really give their songs any semblance of rhythm and energy; so why not let that take centre stage every now and then? Even with the backing of Randy Jackson of American Idol fame, Paper Tongues probably do not have the staying power to capture our imagination for longer than the three minutes and twenty four seconds it takes to listen to ‘Ride to California’.