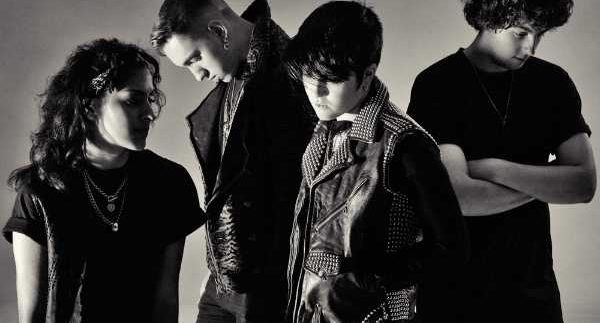 We have to credit Nile FM’s DJ Safi for introducing this simplistic band’s sounds to our airwaves. Since the minimalist and strangely captivating beats of ‘Crystallised’ hit the radio a few months ago, the eponymous debut album of this London-based band has been on constant replay.

It’s hard to describe their sound or even compare it to other bands’ despite its easy formula: heavy bass, simple synthesiser beat and two vocals that layer each other gently, culminating in almost perfect sound. A few listens in, you might note subtle similarities to Portishead, Radiohead or U2 in the early days, while their guitar riffs are vaguely similar to Interpol’s.

Voted Best Album of 2009 by the Guardian UK and Number 9 on Rolling Stone’s Best Album list, XX has a stripped-down sound that’s honest and not overproduced; a refreshing alternative to the Gaga hysteria dominating our airwaves these days. It takes time for the songs to grow on you; yet once they do, they have a captivating effect that lingers through the day.

They seem to sing about this effect on ‘Infinity’: ‘Give it up’ urges the male vocal, ‘I can’t give it up,’ the female vocal counters, as the music builds to a crescendo and suddenly ends with the haunting guitar riff that’s a little reminiscent of Chris Isaak’s riff on ‘Wicked Games’. ‘Intro’ introduces the band’s stripped-down sound, with the vocals echoing beautifully throughout the track.

On ‘Islands’, male and female vocals trade lines about love and longing, as the simple guitar riff leads a culmination into a beat-heavy chorus. ‘Underneath and unexplored/ Islands and cities I have looked/ Here I saw/ Something I couldn’t overlook,’ they sing. The lyrics are so easy and so simple; you wonder why no one has written these songs or mastered this formula before. This is The XX’s genius; their vocals are not powerful, nor is their guitar-playing on par with Beck or Ray Vaughn, but their sound is refreshingly clever; one that will outlast most trends and still be listenable ten years from now.

The songs all blend seamlessly into each other; which is a good thing in this case: you can easily listen to the album over and over again, playing in the background during a dinner party or on your mp3 player as you work. With every listen, a new layer is discovered, or a subtle element is detected.

XX is aslo a perfect album to listen to in the car on your long commute home. Just turn up the volume, shut your windows, and let the bass take you away to a soothing, inspiring place where no beeping cars and angry taxi drivers flipping you off can disturb.