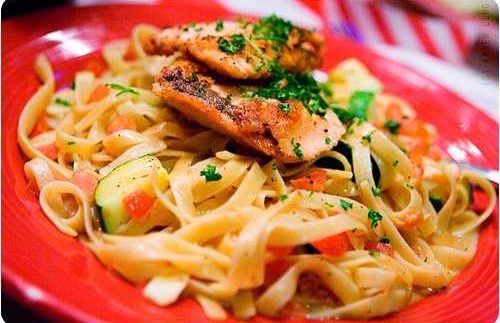 Twinkling lights,
palms swaying in the breeze, and the Cairo
Tower’s lights putting on
a personal show for you and your significant other as you lounge on a big comfy
couch amidst gigantic stylised lanterns: that’s the scene on the terrace of
Pane Vino, the Italian restaurant at the recently redesigned Semiramis
Intercontinental.

Enchanting it is
indeed, especially when you’re watching the sky fade from purple to black and
the buildings go from dusty to sparkling from an exclusive vantage.   One could lounge there over shisha alone, but
most people come for the food and especially the restaurant’s authentic, homemade
pasta.

Unfortunately,
authentic isn’t how we’d describe the food adventure that we embarked on while
there, and the view is definitely its strong point. We started with an appetiser of bresaola
rolls (45LE) stuffed with ricotta cheese and a side of mushrooms, parmesan, and
balsamic vinegar. We had envisaged glorious pieces of meat with delicate, moist
cheese spooned in, wonderfully flavourful cooked mushrooms, drizzled with
balsamic sauce and topped with grated parmesan. But be careful what you wish
for: the salty rolls were stuffed with
what looked like strings of flavourless mozzarella, with raw and sliced
mushrooms in a leafy bed of greens with two shavings of parmesan floating in a
small side-bowl of balsamic vinegar.   While
it was edible and not horrible, it wasn’t really the cacophony of flavours that
we had been hoping for.

For a main
course, we ordered the veal fillet (88LE) on a bed of rocket and some flimsy
chopped tomatoes on the side, and fettuccini frutti de mare (71LE) with salmon,
sea bass, shrimps and calamari. The
sliced veal had meagre sides and though it was slightly plain, it was barbequed
well with a lovely char-grilled flavour.

Though the
fettuccini was well-presented with a pile of seafood and a sprig of basil, it
actually came in the form of spaghetti, which was shocking considering the
lengthy discussion we’d had with the waiter while trying to decide. We noticed this after two bites of lovely
fish and alerted the staff just so they could acknowledge the error. After apologising profusely, they whisked away
the bowl and brought another; this time fancifully decorated with browned
spaghetti speared upright through the platter, and still looking suspiciously
unlike fettuccini, but tagliatelle instead.

The spaghetti was
overcooked and stuck together; we regretted sending the spaghetti back and spent
the night picking at the lovely salmon, sea bass, and shrimps until there were
none left to pick at. Definitely not the
best seafood pasta that we’ve had in Egypt.

For dessert, the tiramisu
(35LE) came in a parfait cup, and despite a very thick top layer of cream; it
did have a nicely coffee-flavoured layer of cake that, combined with the
espresso soaked bottom, got the tiramisu flavour just right.

Overall, the
restaurant has a killer view but the service is slow, the waiters seem clueless
as to their food (their excuse being that it’s a new menu) and had a habit of
recommending the most expensive thing on offer.

Choose the couches over the tables, where you can enjoy the view away from the ledge and the sight and sound of the traffic below.