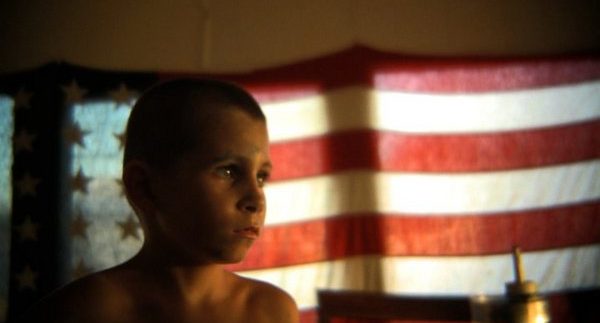 Bombay Beach
views like a talented filmmaker’s home video. Except the director, Alma Har’el, is neither related to the people she’s filming nor is she even from the US; making this highly
intimate documentary quite an achievement.

Har’el tells the story of three different people living in Bombay Beach
– a summer resort built for the rich that’s turned into squalor for some of
Southern California’s poorest. The resort is so rundown that it has
neither a school nor a doctor; the nearest hospital is an hour’s drive away and, in extreme situations, the ambulance
has to come via helicopter.

Her three protagonists are Benny Parrish, a young boy with bipolar
disorder; Red, a senior citizen trying to scrape together a living by selling
cigarettes; and CeeJay Thompson, a teenager who moved to Bombay Beach to escape
the LA gang violence that took his cousin’s life. The film shows parents struggling to keep child protection
services at bay; an old man living a near solitary existence, trying to deal
with his ailing health; and a teenager dreaming of a high-school football –scholarship
that could be his ticket out of poverty and into a comfortable life.

While the film’s protagonists are fairly engaging, the real highlight
of the film is the editing. It weaves together three fairly average stories and
turns them into something interesting and greater than the sum of its parts.
The awesome soundtrack, courtesy of Bob Dylan and Beirut, also lends a hand to
this.

We never hear a peep out of the director during the whole film, as she
wisely chooses to focus on the characters without intruding on their lives. The
few times we do feel her (indirect) presence, the sense of intimacy and the
film’s credibility are almost ruined. The characters are
shown dancing pretty frequently and while CeeJay’s break-dancing comes across rather naturally, the other characters don’t fare so well. Benny’s parents, in addition to some other adult couples, are shown slow
dancing. while a young couple are shown doing some type of dance routine
complete with masks. The slow dancing comes across as very forced and
completely out of character, especially as we get to know Benny’s parents throughout the film and understand their
dynamic.

Bombay Beach is
simple and all the better for it. It depicts the community in both its glory
and ugliness without judgment; it focuses on showcasing the people’s dignity – which their living conditions and
outsiders frequently strip them of.

Har’el discovered Bombay Beach while scouting for a location to shoot a Beirut music video.