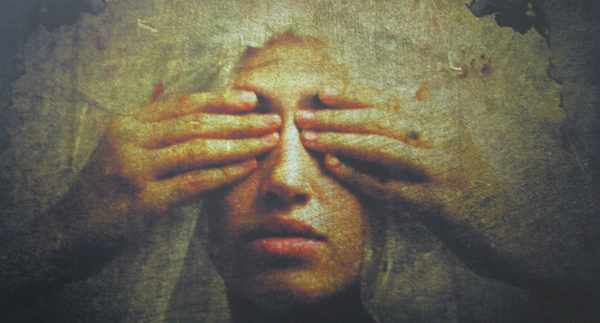 Having adopted a theme in each of its first two editions,
this year’s Cairo Mediterranean Literary Festival looks at the relationship
between literature and the body. Although parallels are difficult to
immediately find, the human form has forever been celebrated, lamented,
caricatured and portrayed in the most emphatic ways. We’re not talking fat,
slim, tall, short – the CMLF promises to deliver the most complex and inspired
approach to this most intricate of dichotomies.

It’s often put forward that the body must be transcended to
reach true creative autonomy. This year’s CMLF challenges this and proposes
that the body in itself is just as critical to literature – in all its forms – as
any verb, noun or object. The relationship between the physical, the emotional
and the mental is more primitive than anyone cares to believe. You shout when
you’re angry, cry when you’re moved; even cursing and swearing is tied to the
physical.

The inaugural Thursday
17th event takes form in a reading from Italian writer Tiziano
Scarpa’s Corpo (The Body) at the
Italian Cultural Institute in Zamalek. The book is collection of symbolic short
stories about the writer’s own body parts.

Another Italian, Fernanda Calati, will host a workshop on Friday 18th. As a singer and
actress, Calati will explore the power of the voice. The British Council will
host its first event of the festival that same day; a screening of 2005
Egyptian film Dunia. The film
explores the social challenges women face in Egypt through eponymous character
Dunia as she struggles on the road of self-liberation.  The screening will be followed by a Q&A
with the film’s Franco-Lebanese director, Jocelyne Saab.

Film screenings will also take place at Baad El Bahr
Cultural Association (BEBA), starting with 2011 French film, The Intouchables. Directed by Olivier
Nakache and Eric Toledano, the film follows the relationship of a paraplegic
aristocrat and his young delinquent carer. Italian film Un altro pianeto (One Day in a Life) follows. Stefano Tummolini’s
2010 tale focuses on a man and his seductive encounter with three women and
man, who becomes an object of his obsession.

Saturday 19th
opens with the Italian Cultural Institute inviting all for an open discussion
on literature, the body, desires and influences as well as a performance by local hip-hop collective Asfalt. BEBA continues with its
programme of film screenings, kicking off the evening with Francesca
Archibugi’s 2008 film Quetsione di cuore
(Stroke of Luck), which follows to men who strike up an unlikely friendship
after both suffering heart attacks. Next on the agenda is a screening of short
films by Xavier Puigmarti; an artist who is no stranger to Cairo, having e
exhibited his work here in the past. The evening will end with a screening of
Spanish film Lo major de mi, Rose
Agulair’s 2007 drama that questions the physical limits of love.

Writer Simonetta Agnello Hornby will host an
intriguing sounding lecture under the title of ‘Food, Body and Senses in
Literature’ at the Italian Cultural Institute on Sunday 20th
before Spanish animal rights activist and author Maria Laura Espido
Freire speaks about her work at the Cervantes Institute. The
French Institute will also host the opening of ‘The Body’s Memory’ an
exhibition by Egyptian artist Marwa Adel.

BEBA continues its film screenings with Abre los ojos (Open Your Eyes) a film that is most famous for being
remade into Vanilla Sky starring Tom
Cruise. The second of the screenings comes in the form of French film Une affaire de gout (A Matter of Taste)
which follows the tumultuous relationship between a middle-aged businessman and
a young waiter.

Over at the French Institute, writer Gilles Lipovetsky will give a
lecture under the title of Le Scare de la Beaute Feminine (The Sacredness of
the Feminine Beauty). BEBA will also screen Lanna Nasser’s
performance piece In the Lost and Found –
La Valise Rouge before showing two short films by Egyptian filmmakers
Mahmoud Farag and Omar Khaled. The night is rounded off by a screening of 2009
Spanish comedy Gordos (Fat People).