Coptic Cairo is an area filled with important sights from Egypt’s Coptic history, all located near each other and within Old Cairo. These spots are a must-visit for anyone interested in learning more about Egyptian history, especially anything related to Coptic Orthodox Christianity. 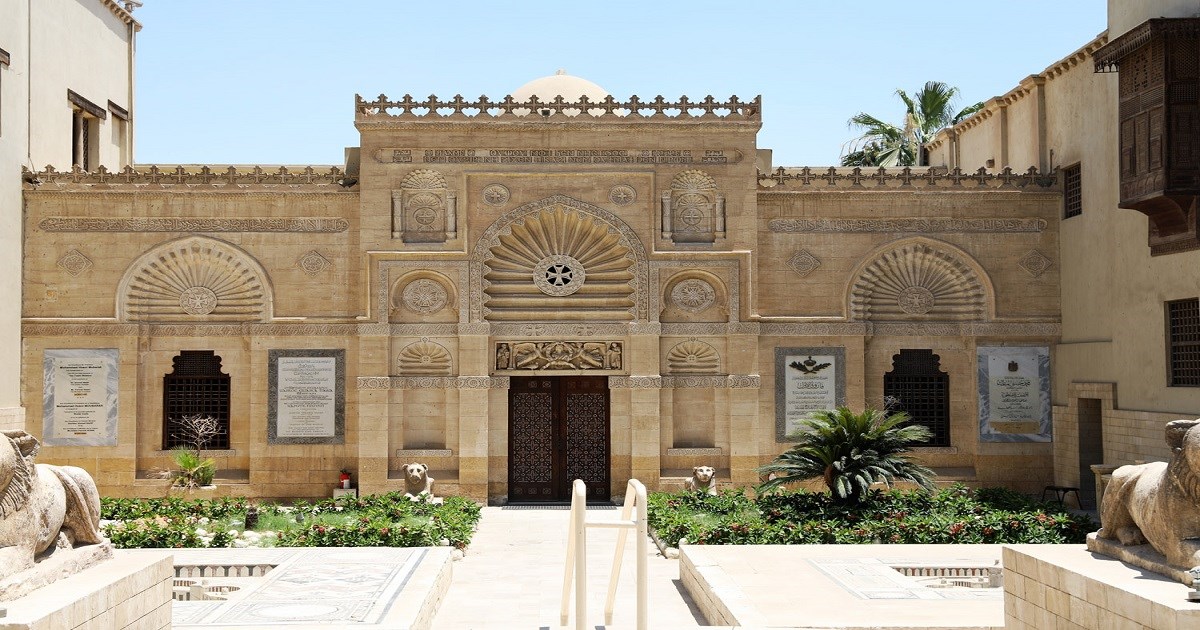 Home to the world’s largest collection of Coptic artefacts, the Coptic Museum is an important institution in preserving Egypt’s Coptic Orthodox history. Inaugurated in 1910, the museum’s collection includes the earliest beginnings of Coptic Christianity in Alexandria, all the way through its presence in Pharaonic, Greek, Roman, Byzantine, and Ottoman times. Manuscripts, icons, woodwork, and elaborate frescoes are just examples of what can be found at the venue, making it a must-visit sight of Coptic Cairo. 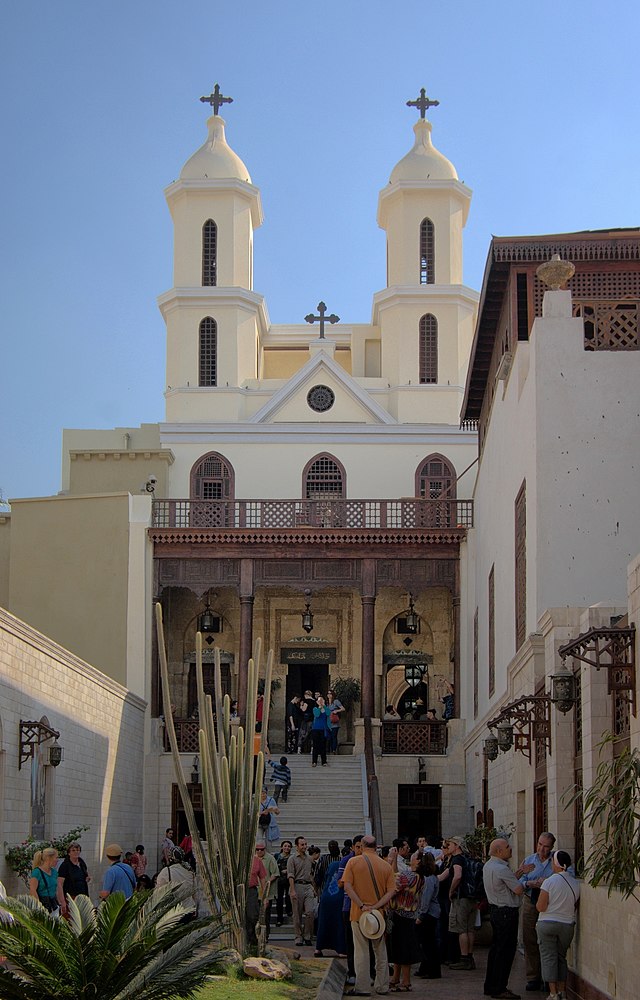 The Hanging Church is among the oldest churches in Egypt, dating back to the 3rd Century. Also known as Saint Virgin Mary’s Coptic Orthodox Church, it belongs to the Coptic Orthodox Church of Alexandria. The Hanging Church gained its name through how it was built on the ruins of a Roman fortress, and it also maintains a unique architectural design, with a roof shaped like Noah’s Ark. It has witnessed several important religious ceremonies and represents a famous site from Egypt’s Coptic history. 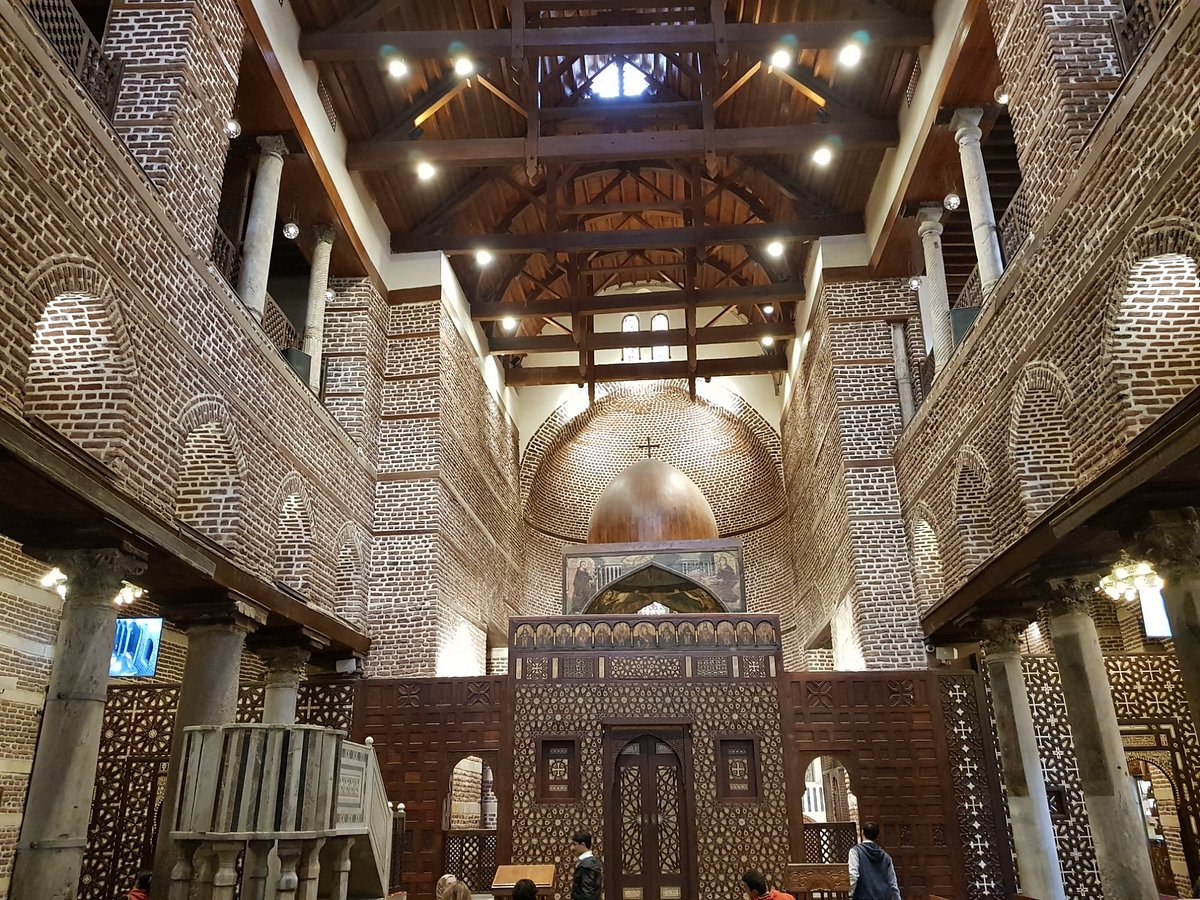 The Saint Sergius and Saint Bacchus Church in Coptic Cairo was built on the remains of an ancient Roman fortress, named after the early 4th-century saints Sergius and Bacchus, who were martyred at al-Resafa in Syria for their beliefs. Although there is debate on whether the church dates back to the late 4th – early 5th Centuries AD or the 17th Century AD, it holds a special purpose in Egypt’s Coptic history as it is connected with the Holy Family’s journey through Egypt. 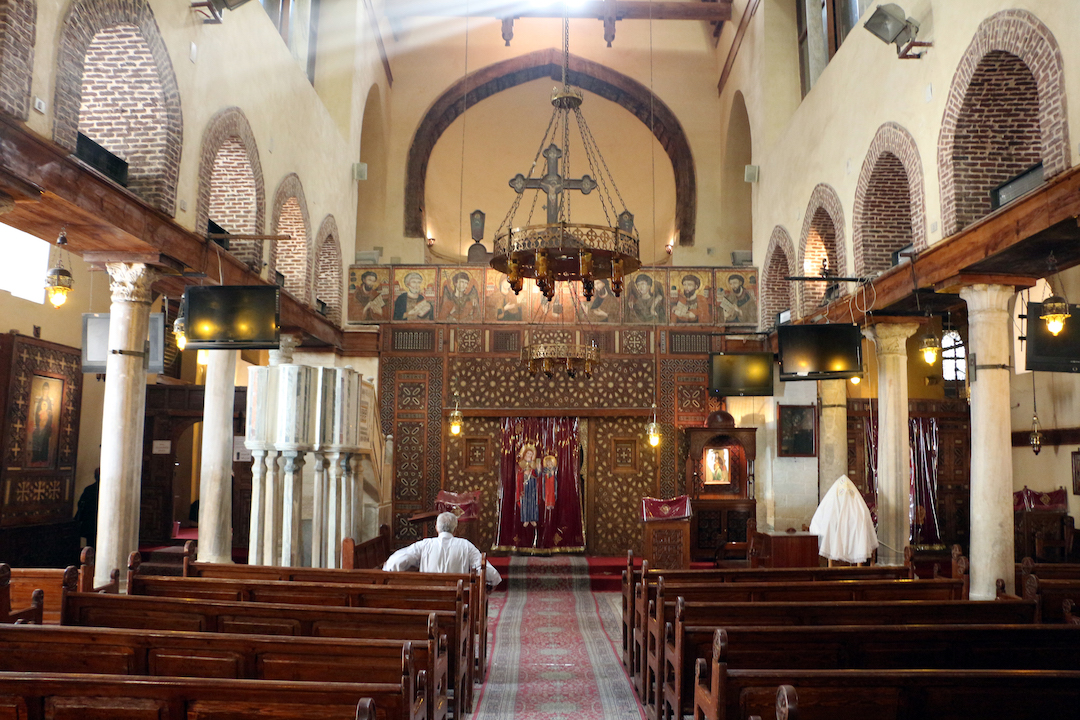 Located on the Eastern Part of the Babylon Fortress in Coptic Cairo, the Coptic Orthodox Church of Saint Barbara dates back to the 5th or 6th century AD. Originally, the church was dedicated to Saint John and Saint Cyrus, who were worshipped for their healing powers, and the middle Sanctuary of the church is dedicated to Saint Barbara. There are also several icons that represent the Virgin Mary, Jesus as a child, Jesus entering Jerusalem, and the baptism of Christ.

The Church of the Holy Virgin (Babylon El-Darag) 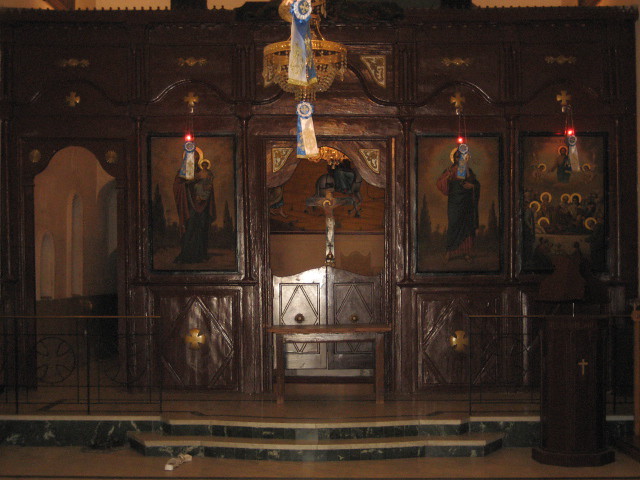 The Church of the Holy Virgin in Babylon El-Darag is among the most famous in all of Egypt. Some also know it as the Church of the Steps, and according to A.J. Bulter, it was built at a time when the city of Babylon was still standing. Thought of as one of the sites the holy family visited while in Egypt, this venue holds a deep historical and religious significance for Coptic Christians, and houses a number of 19th-century icons depicting the Holy Virgin, Saint Damiana, Saint Stephen, Saint Antony, Saint Paul the Hermit, Saint Barbara, Saint Shenute, and Saints Peter and Paul. 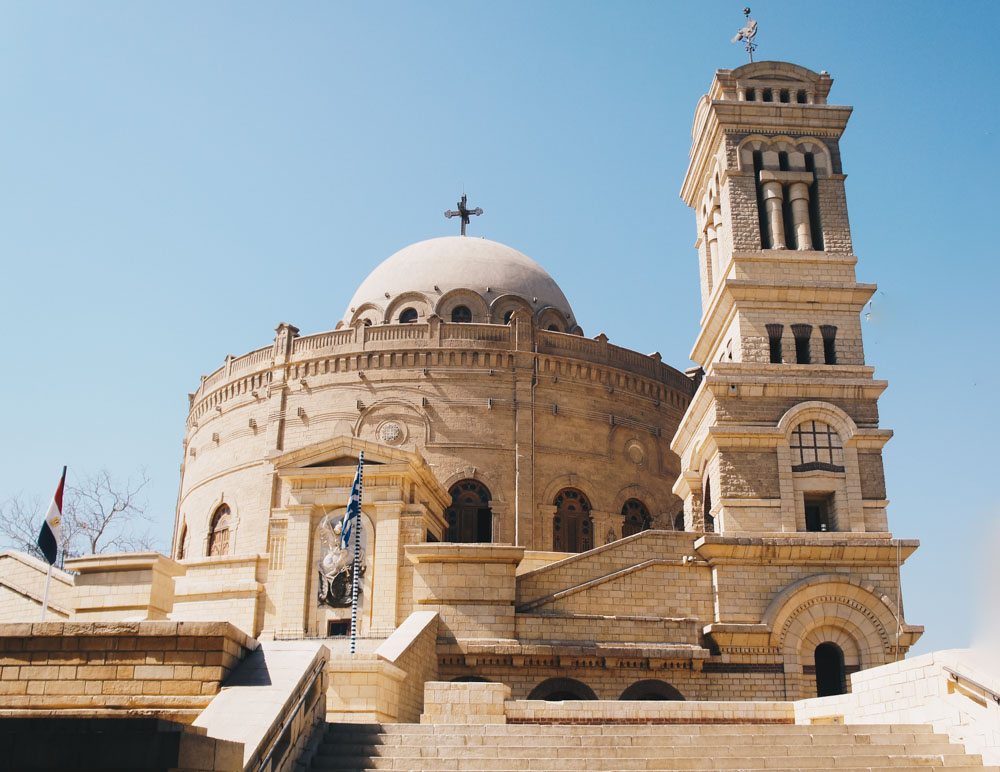 Via Holy Family in Egypt

Erected in 684 AD, the Church of Saint George in Cairo is a Greek Orthodox work of architecture built by the scholar Athanasius. This church is also the only round church in all of Egypt, having been built on the foundations of a Roman fortress. Unfortunately, it was destroyed by fire and then later reconstructed in 1904. 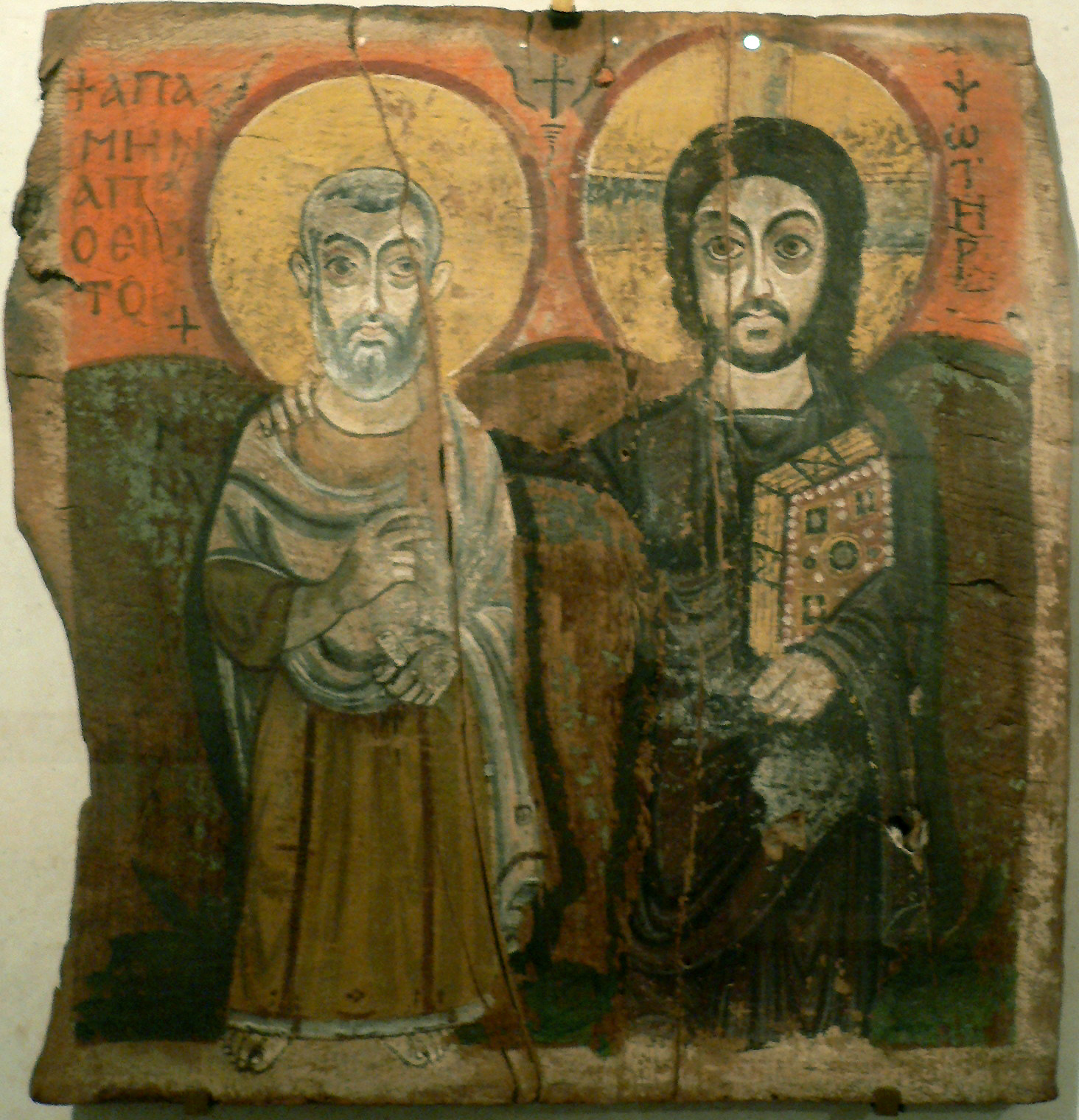 The Church of Saint Menas is among the oldest in Cairo and is dedicated to Saint Mina – a Christian martyr who died during the Roman empire’s reign in Egypt. While the church dates back to the 6th Century, it was later destroyed and then eventually rebuilt in the second half of the 12th Century. It is known for beautiful mosaic works depicting Saint George and other saints, and the building is also annexed to the church of Saint Bahnam and Saint George. 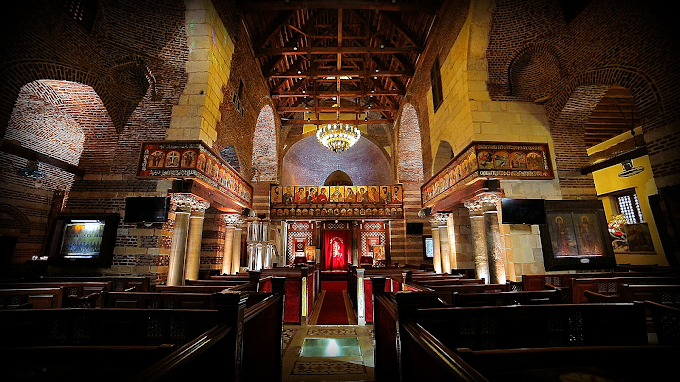 Another church in Old Cairo just north of the Fortress of Babylon is Saint Mercurius Church. This is one of the few Churches with the original foundation still intact, though the building itself was demolished and turned into a sugarcane warehouse and then rebuilt later under Patriarch Abraham in (974-979 AD). Later in 1080 AD, 47 bishops met in the church by order of the Fatimid vizier Badr Al-Gamal to establish the Coptic canons. Later, Coptic patriarchs resided in the church during the 11th through the 15th centuries. Clearly, Saint Mercurius Church holds a deep historical significance, much like all sights in Coptic Cairo.