The Egyptian Museum in Cairo: A Treasure Trove of Pharaonic Knowledge

The Egyptian Museum in Cairo, also known as the Museum of Egyptian Antiquities, is the oldest archaeological museum in the Middle East. It is a great source of pride for Egyptians, and rightfully so, as the venue is also home to the largest collection of pharaonic antiquities in the entire world. There are over 170,000 artefacts on site, and they span the pre-dynastic era to the Greco-Roman period.

There was an international competition in 1895 to decide the architect of the building, which was won by Frenchman Marcel Dourgnon. The museum was later inaugurated in 1902 by Khedive Abbas Helmy II, making it not only a historical sight in downtown Cairo, but a building worthy of architectural appreciation.

Via The Egyptian Museum in Cairo

The museum has hosted over 100 exhibition galleries and more than 100,000,000 visitors since its opening. There is no shortage of wondrous artefacts for guests to view, as there are also more than 100,000 masterpiece works onsite.

It’s an understatement to say the museum has a wealth of precious attractions, including the complete burials of Yuya and Thuya, the Narmer Palette commemorating the unification of Upper and Lower Egypt under one king, the grand statues of kings Khufu, Khafre, and Menkaure as well as that of Amenhotep III, his wife Tiye, and their three daughters. 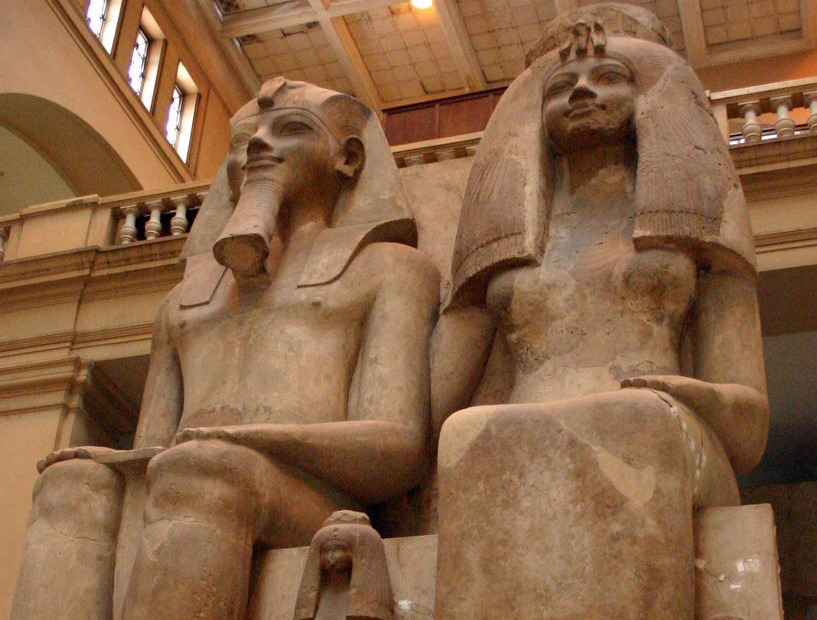 The museum has also undertaken several restoration projects, including one to maintain wooden coffins and another regarding the wall taken from the tomb of Nefermaat and his wife, Itet. Beyond this, the venue has also hosted many events and temporary exhibitions.

With all this in mind, the Egyptian Museum in Cairo is a must-visit institution for anyone even remotely interested in Pharaonic history.