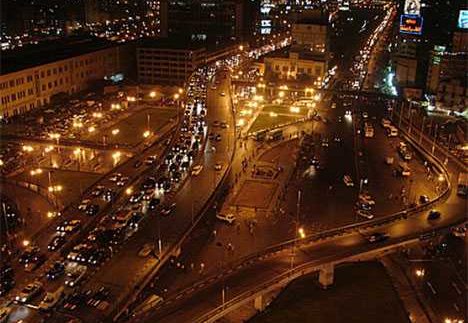 We don’t know about you kids; but it seems like October has
crept up on Cairo
with our eyes wide shut! While the Western hemisphere is cheering for autumn,
the changing of colours and birds in flight; we’re happy with the light breeze
floating through the air and the hopefully cooler weather.

Not only that; but we’re excited about what Cairo has in store for us over the next few
weeks! Filled with all sorts of goodness, the month of October is shaping up to
be a fast-paced sequence of intriguing exhibits, festivals and musical
performances. With some of the events even happening outdoors; soak up the end
of the summer while you can!

October 3rd-9th: Until October 5th, L’Aubergine is serving up
some serious German loving for Oktoberfest; so head out to one
of Cairo’s most
iconic hot spots for a cold beer and a sizzling bratwurst. On October 4th, Artist
Lise Allam will host an exhibit called
Doll, which showcases a new series of portraits at the Gezira Art Centre until
October 18th. If a little rock n’ roll is what you’re looking for, the 19th Band will play a mix of 70s
covers at the Cairo Jazz Club on Monday night The 18th. At El Sawy
Culturewheel, Flamenco Movie Week is in full
force, free of charge and promises to be a unique line-up of films.

October 10th-16th: You won’t want to miss the 4th Cairo Video Festival
happening this week at the Goethe Institute in Downtown. Hosting a series of
films by emerging artists, the festival also hosts a series of guest speakers
from Pakistan, the Netherlands and Finland. At Articulate Baboon in
Designopolis, artist Omar Bilbeisi’s latest exhibit titled Huroof takes a unique, modern
spin on traditional Arabic calligraphy, continuing until October 14th. For a
night of reggae beats, Exodus takes the stage at Cairo
Jazz Club on the 12th. On the 13th, local designer Deana Shaaban will present her
debut 2010 autumn collection in a fashion show at at Villa One in Maadi. Over
the weekend, head to El Sawy Culturewheel for Sakia’s 3rd Rock Festiva.

October 17th-23rd: Join artists Ehab Lotfi and Al Assmaa
Takieddine for the Nuba & Naweam Exhibit at Al
Kahila Gallery in Mohandiseen until the 23rd. Head to El Sawy Culturewheel for the
Taxi band’s mix of contemporary
Egyptian music. Start your weekend off by celebrating local band Screwdriver ’s tenth anniversary at
Cairo Jazz Club on the 21st. If you’re looking to get into your hippy groove,
reserve a spot at Hippy Rumba on the 22nd,
taking place on the Nile Maxim boat. Or, be adventurous and venture out into
the desert for the Sand-boarding Dune Raider Challenge;
taking place on the same day. On the 23rd, head to the Giza Pyramids for the 2nd
Race for the Cure; support a good
cause and get a good work out while you’re at it.

October 24th-31st: On the 24th, check out Iram Jewelry’s new collection of
necklaces, bracelets and rings in precious stones in the shop’s Beano’s Zamalek
location. For yet another exhibit, Hiwar at Darb 1718 will bring
together artists of diverse origins and different mediums to put on a fantastic
show between the 25th and the 30th. The Speak, Memory symposium will take
place between October 29th and 31st in partnership with Townhouse Gallery. It’s
bound to be a thought-provoking take on the preservation of art. For a
Halloween party, head to Cairo Jazz Club on October 30th for a performance by
local band Skin Deep.