Cairo Guide to Getting Involved And Giving Back 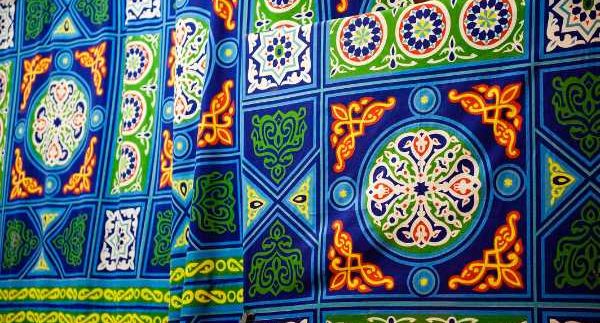 When was the last time you felt passionate about something other than
the latest, trendy Cairo nightspot? Can you recall if you’ve ever stood up for
something other than to call the McDonald’s delivery hotline to complain about their
bringing you cold French fries? And no, becoming a fan of ‘My Mother’ on
Facebook does not count. We’re talking real social involvement here.

Ramadan is upon us and with it comes a sense of charity and giving in
Egypt to make up for a year of wanton consumption and selfishness. Undoubtedly
you will see Ramadan fetar bags on sale at Metro or Spinney’s or you might hear
about someone donating their second-hand clothing to the less fortunate. By all
means, donate; but let’s not stop there: charity does not have to be seasonal.

Helping your country does not mean getting political – those are two
very different things. But instead of passing the hungry, dirty beggar on the
street, think about what you can do to at least make the next few hours of his
life a bit more bearable. Or, instead of tossing that bag of chips out of the
car window, save it for a real trash can; and if you’re a real champion, get
your hands dirty and help clean up a borough of Cairo. Being charitable doesn’t
limit itself to other humans; you can also be charitable to your environment.
There are a couple of great ways to give back to Mama Nature.

There are many opportunities to help; far more than could be enumerated
here, but here are a few good places to start with. Instead of waiting for
someone else to do the job, let’s take full responsibility as citizens and
residents of this great city, and help make a difference. And hey, you may even
get a cool T-shirt and have some fun while you’re at it.

This NGO was launched over a decade ago by a group of socially-conscious
engineering students. Today, Resala has over 45 branches all around the country
and organises nineteen different charitable activities. Over the years, they
have helped a number of families and individuals by providing and organising everything
from vocational trainings to blood donations drives and even community cleanup
projects. If you can’t donate your physical or mental power, then even a cheque
in the mail will go towards helping the needy.

Check out their website or call their
hotline number on 19450 to see how you can participate in their charity
programs.

Society for the Protection of Animal Rights in Egypt (SPARE)

SPARE was launched almost ten years ago as the first Egyptian non-profit
organisation for the protection of animals. In addition to being the only
donkey sanctuary in the country, SPARE also has dog and cat sponsorship and
adoption programs. In 2008, they made headlines in the local press for their
protest of the government’s cull of the pig population as a method to control
the H1N1 outbreak. More recently, they developed a Trap, Neuter and Release
(TNR) program with the government to humanely control the stray dog and cat
population, the first test phase of which is being conducted in the Hadayek El
Ahram area. Eventually, they hope to roll this out to other areas of Cairo,
thereby both controlling the stray population and ensuring that they are not
treated inhumanely. There is a multitude of ways to get involved; from
sponsoring pets or projects, to using your creative mind (writing, art) to
raise awareness.

The shelter is located in Shobramant, Sakkara. Call them at 0233813855 or
check out their website.

The message is straightforward: the Egyptian Food Bank aims to ’overcome
hunger in Egypt (sic)’. Such a goal is not achievable through words alone, and
so the good people behind the scenes have rallied support from corporate
sponsors and individuals. Located on 6 El Nafoura Street, Mokattam, the bank
basically collects food donations or monetary donations and organises
periodical delivery of food supplies to Egypt’s neediest; orphans, widows, the
elderly and the destitute. So next time you have far too much food left over
from fetar and no desire to eat it the next time, call up the food bank at 16060
and they will pick up your food. Their website details the
many other ways that you can get involved, but even if you don’t have time to
help out with telephone calls or distribution drives, you can use their handy
online form to donate money with your credit card via secured web transaction.
This is 21 st century charity for an age old cause.

Cairo has not won an award for cleanest city in recent memory; and the
problem is only compounded by frequent strikes by the trash collection
community and disregard by the general population for the cleanliness of the
streets that they live on. Keep Egypt Clean is an initiative that tries to pick
up the slack by getting a group of volunteers together for an afternoon of
rubber-gloved trash-picking. Recent beneficiaries of their herculean efforts
include areas of Nasr City and Heliopolis. More volunteers are needed, so don’t
be shy; sign up to their Facebook group , and raise
your hand. Plus they have really cool T-Shirts.

Even if none of these charities strike your fancy, don’t let that stop
you from being a charitable part of society. Ask around, or do a web search for
a cause you could be interested in, and give till it hurts. Ramadan Kareem,
Cairo.