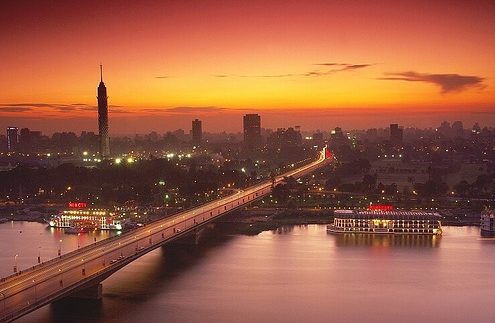 Heading full speed into a – hopefully sunny – weekend in Cairo, nightlife and venues all over the city are heating up with gigs, screenings, exhibitions, and so much more.

For some serious head-banging, Rawabet Theater host Metal Station, while at the opposite end of the musical spectrum, Falaki Theatre hosts a gig from the guys under Egypt’s first hip-hop label, Revolution Records. Elsewhere, indie-pop singer, Malak, takes over Sufi with a sneak preview of her up-and-coming EP.

Cairo Runners have organised their second Half Marathon of a – literally – breath-taking 21KM. With a whole day dedicated to entertainment, roads around New Cairo will be closed, and families are encouraged to come along to show their support.

The top 16 finalists of the Red Bull BC One Cypher will go head-to-head at Darb 1718, while the giggle-tastic Al Hezb El Comedy are back, bigger and better than ever, with To Fok or Not to Fok! at Falaki Theatre. El Sawy Culturewheel are holding a Street Festival, designed to celebrate the best of Egyptian traditions, while perrenial fashion extravaganza, Fashion Garage, returns, complete with whole host of local brands will be displaying their goods.

Winding down on Saturday, ‘There’s Something Bloody About Mary’ returns like clockwork to Alchemy, whilst Basheer takes to the stage at Cairo Jazz Club. Over at 100Copies, Kareem Osman & Yasmine Baramawy can be found unleashing some serious visuals and electro-oud sounds. Also a little more unusual, Eskenderella perform their musical poetry at Doum Cultural Center.

A Mini Mashrou3 Al Mareekh is taking place at Shababeek Cultural Centre; with the same emancipating vibe as the original open mic events, just for youngsters between the ages of 3 and 13. Snow White and the Seven Dwarves will be performed – specially for the little ones – twice a day, for a week, at Cairo’s International Conference Center.

As part of their ‘Featherweight Portable Cinema’ program, Townhouse Gallery are screening two feature films that challenge the history captured by images. In terms of art exhibitions, ‘Sounds’ by Sabah Naim at Safar Khan Gallery is a must-see, as is ‘Lingering in the Vicinity’ by Maha Maamoun at Gypsum Gallery.

For a more live music, parties, exhibitions, screenings and just plain more, check out the Cairo 360 event calendar. Have a wonderful weekend!