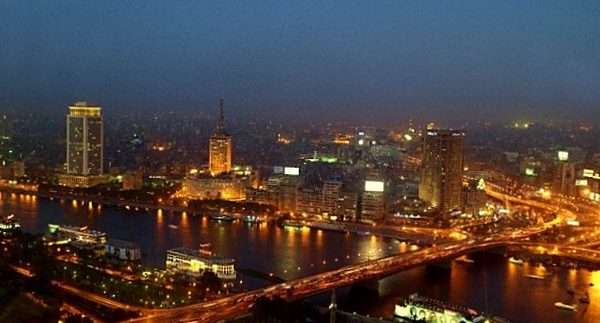 Does anyone else feel like we’re regressing? 2012 was meant to be a landmark year for Egypt, yet the streets of Cairo are filled with an air of anxiety following events in
Garden City.

One Thursday-night remedy is to take two ‘funkacitamol’ tablets in the evening, as prescribed by the musical doctors of Buzzz; the Egyptian funk-rock group will be seeing patients tonight at Cairo Jazz Club – click the link and all will make sense.
Another musical epidemic is breaking out at the Kempinski Nile Hotel’s Jazz Bar, where resident jazzologist, Michelle Rounds, will be performing as part of her weekly four-day run.
For something a little bit closer to home, the National Arab Music Ensemble continue to champion classical Arab music heritage at El Gomhouria Theatre, while the Sayed Darwish Choir make their way down from their base in Alexandria to perform at Cairo Opera House. That’s not all though, because Bedouin collective, Jerrycan, impart their unique brand of music and poetry performance at El Dammah Theater for Free Arts.
Thursdays wouldn’t be the same without indie-pop outfit, Salalem, who return this weekend at After Eight in Downtown Cairo. Speaking of which, tonight will see the last performance of Arabic-language variety show Neshaaz, a few blocks down at Rawbet Theater.
Over in Al Azhar Park, El Genaina Theatre hosts four-man group, Like Jelly, for a night of musical entertainment combining pop, Broadway tunes, acoustic rock and Egyptian shaabi music. That isn’t all, though, as musical-comedy duo, High on Body Fat, will open.
Film fanatics can do worse than attending the Sakia Documentary Film Festival; a three-day project that sees El Sawy Culturewheel collaborate with Al Jazeera.
Friday marks the return of Mashrou3 Al Mareekh at Darb 1718; Cairo’s premier open-mic platform for the cities most talented. Alternatively, Cairo’s budding , musicians are invited to El Sawy Culturewheel for a hippy-style jamming session.
Elsewhere, Jazz Diva Michelle Rounds will continue to wow audiences at the Kempinski Nile’s Jazz Bar, while the musicians of Abdel Halim Nowera Ensemble deliver an evening of classical Arabic music at Cairo Opera House.
Fans of electronic music are rubbing their hands in glee, as Cairo Jazz Club hosts DJ Migo, while Maurice Louca spins his original electronic tracks at the 100Copies Music Space in Downtown Cairo.
It’s a busy weekend for 100Copies Music, as Saturday sees Kala Bala and Beit El Hawadeet take to stage for a night of spoken word performances and music.
Meanwhile, renowned Iraqi musician, Naseer Shamma, returns to El Sawy Culturewheel. The Zamalek multi-purpose venue will also host a live performance from metal band, Massive Scar Era, who have returned to Cairo following a European tour that has taken them to the reaches of Germany, Poland and Czech Republic.
It’s a busy evening at Cairo Jazz Club too, as fold band, Senet, perform before Egypt’s own Ahsara Gharby take us into the night with a unique blend of oriental, blues and Afro beats.
Douroub Gallery’s group exhibition commemoration of Nerman Sadek is coming to an end this weekend, while ‘Generations’ at Picasso Gallery continues to introduce new artists to the scene. Meanwhile, Coucala Refaat’s photographical exploration of Thailand, ‘Dance of Life’ continues at Cairo Opera House and Sudanese artist Madao Alfadni’s ‘Leaving’ moves into its last week at Awan.

Have fun and be safe.