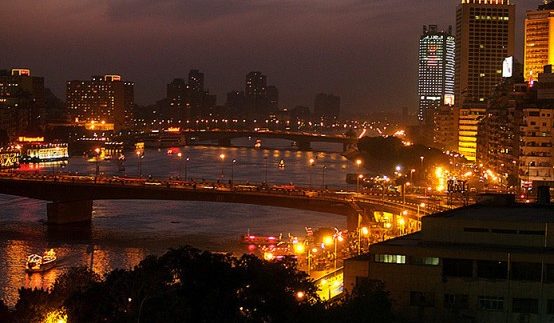 The nights are getting longer and the weather colder, but we have plenty of parties, brunches, art galleries and cultural events to keep you warmed up!

The Panorama of the European Film is set to close on Saturday, but there’s still plenty to see at Cinema Galaxy and Zawya; for details of the screenings, check out the Cairo 360 events calendar.

On Thursday, fourth round of the Student DJ Battles commences between Ashmawi and Yousef Erfan, with Aly B on opening duties and Fur Coat headlining at the Omar Khayyam Boat, while Cairo Jazz Club hosts a rocking night of Tom Waits covers with Raindogs, before the Cadillacs take over the stage with their rockabilly hits.

VENT hosts a night of strict house and techno with local DJs, Tamer Auf and Hassan Abou Alam, while O Bar enlists the talents of Dr. K and Nael El Sheikh for a night of deep and progressive house.

Alchemy brings back the tropical cocktails for Heart of the Equator, while Vintage Bar & Lounge host another Karaoke Night of unabashed fun. Lorna of Cairo takes the stage at Downtown’s After Eight, while the Bedouin Jerry-Can Band bring the music of Sinai to Cairo at El Dammah Theater.

On Friday, if you’re feeling like partying, then House Obsession at CJC is the place to go, featuring local talents Zalaat, SHawky & NTahawy, or catch the Rai infused tracks of Ezz El Ostool at After Eight.

If you’re feeling like a family outing, head over to Conrad Cairo Hotel, Fairmont Nile City, Cairo Marriott Hotel or Le Meridien Cairo Airport, all of which are serving delicious international brunches.

Cairo Opera House presents a performance of Puccini’s Tosca under the conductorship of David Crescenci at the Main Hall, while Egyptian musical pioneer, Yehia Khalil, performs his signature blend of Oriental and jazz music in the Small Hall.

Johnny’s West hosts a special Ladies Night, while DJ Mazen ends the weekend at After Eight. El Ghouri Dance Troupe put you in a trance at Wikalet El Ghouri with their mystical dance and songs, while the Falaki Theatre hosts Stick Fighters of the Nile—the art of choreographed stick dancing.

Catch another BBQ Brunch at Cairo Marriot Hotel if you missed it on Friday, or head over to Townhouse Gallery and catch Blue Flowers exhibition by Immanuel Amunue.

This is just a snapshot of the gigs, parties, exhibitions and other events across Cairo this weekend – check out the Cairo 360 events calendar for more.