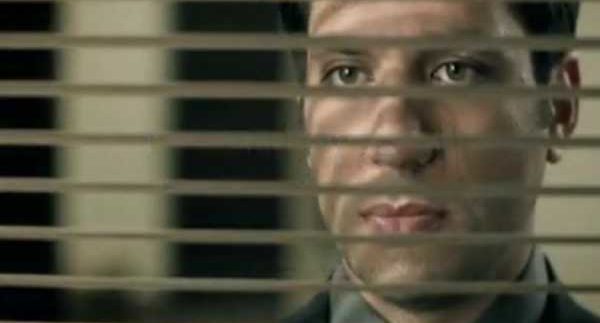 Having
built his entire career on being a vocal adversary to the Muslim Brotherhood, seasoned
writer Waheed Hamed’s efforts culminate in his most ambitious and condensed
take on the subject yet: Al-Gama’a,
an overarching saga of the notorious group’s origin that is centred on its
founder Hassan Al Banna.

Produced by
Albatross Film Production Company–the same company that brought us Assal
Eswed and Dokkan Shahata–
this TV series is bound to ruffle some feathers as it attempts to tie in the
many social dilemmas plaguing modern-day Egypt with the
fundamentalist stream that began with the rise of the Muslim Brotherhood almost 100 years ago.

Just the
fact that Waheed Hamed is involved in this project (he’s best known for writing
the script to Adel Imam’s 90s masterpiece Al-Erhabi and is definitely not shy about voicing his criticism of
fundamentalist movements) is enough to spawn a pre-emptive backlash and put a
huge target mark on the project. However, as the revered showbiz proverbial
goes; there is no such thing as bad publicity.

Not to
prematurely jump on Al-Gama’a’s bandwagon,
but everything that we’ve seen and heard so far about the show indicates high quality.
Arab actors just have a natural knack for roles with gravity (they’re almost
the equivalent of British actors in Hollywood)
and the inspired casting of Jordanian Eyad Nassar as Hassan Al Banna is
definitely a step in the right direction.

The
structure itself is an interesting mix of contemporary and historical narrative
threads echoing one another in a cause-and-effect fashion. The choice to tell
the story of the brotherhood through the personal story of Al Banna offers a humanising
twist on what could have been a very dry and pondering epic. All these details
signal a thoughtful and promising series to come.

Al-Gama’a‘s events start in the year 2006 when a group
of Azhar University students perform a military show
in the aftermath of an unfair student election. Posing the question ‘Whatever
happened to the Egyptians?’– a question made famous by Galal Amin’s iconic
critique of Egyptian society– the show then jumps back to the beginning of the
last century to follow Al Banna in his early years, from his foundation of the
Muslim Brotherhood to his assassination at the end of the series. Plans are
already set for a second part of the series next Ramadan, which will deal with
the group through the Nasser era.

With a
budget exceeding the 50-million-LE mark, Al-Gama’a
is in the upper echelon of high production value. And while the budget is not
inflated by the demands of star power, the period setting must have called for
a lot of dough. Hopefully hiring a film director with a keen eye like Yassin
means that it will all be captured on
the screen.

The TV
series will be aired on local TV channels and Cairo Drama; but to catch the
uncensored version, be sure to check it out on Al Kahera Wal Nas, which
promises to air an unedited version. Airing time will be announced soon.