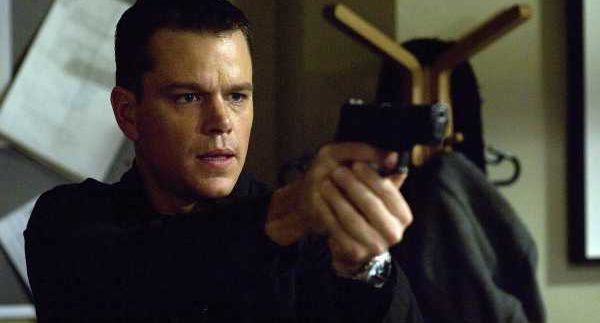 If ever you should find yourself not in the mood to go out, and would rather succumb to an evening on the couch in front of the TV, try these pictures for the ultimate movie marathon session experience. These 10 modern trilogies should do the trick.  Covering all genres and styles, from Sci-Fi to slap-stick humour down to the all out-action flicks, these films are modern classics, and a good excuse to stay in.

Lord of the Rings
One of the few movies that were true to the books, scooped up numerous awards and got people into fantasy. Thanks to a blonde Orlando Bloom, Elves became the sexiest creatures to hit our screens, and archery became the trendy sport of the moment. In addition to its aesthetic values, Lord of the Rings is a brilliant film masterfully shot by Peter Jackson and deserving of its instant classic status.

Oceans 11, 12, & 13
Did anyone expect anything less than suave, sophisticated sex appeal when George Clooney, Brad Pitt, Andy Garcia, Matt Damon and Don Cheadle where teamed up in one movie? With its slick script and uber cool soundtrack, the A-list gang got bigger and better with each movie.

The Matrix
Not the easiest of story-lines to understand nor to appreciate, but this was one film that everyone had to see. With action scenes that made anyone think twice before attacking someone in a black Prada leather coat, it elevated Keanu Reeves to such a level of coolness, he’s set for life.

The Bourne Trilogy
For any fan of espionage novels, Robert Ludlum’s works are up there with the likes of John Le Carre. The Jason Bourne film franchise never disappointed and indulged that fantasy we all have of being a top secret agent. Even better, we now see Matt Damon in a completely new light – that of the action hero with a conscience.

American Pie
Complete with outrageous humour and scenarios that would only occur in some teenage boy’s twisted mind, it was a film trio that most females just do not get nor appreciate like the males – but still a must see by all.

Die Hard
Who gets tired of seeing the small time good guy cop beat up the big shot bad guys? Seems no one does, if the success of this trilogy is anything to go by. Bruce Willis flexed his all-American hero persona to perfection in these films, and got to laugh all the way to the bank.

Pirates of the Caribbean
A film based on a Disney theme park ride that made Johnny Depp, Orlando Bloom and Keira Knightly household names. Humour, adventure, romance, great story and cinematography – this is definitely a film for all ages and times.

Rush Hour
When you team up a Hong Kong martial arts expert actor (Jackie Chan) and a slapstick African American comedian (Chris Tucker) you either get a dud of a film or one that’s just brilliant, and this one is definitely in the latter category. Besides any film that includes the timeless one-liner ‘I’m Blackanese!’ deserves accolades.

X-Men
A comic book turned into a movie franchise…been there, done that, bought the t-shirt. But where X-Men differs is that it’s about ordinary people with extraordinary abilities, plus having Hugh Jackman as Wolverine just upped the sex-appeal factor of comic book heroes.

The Mexico Trilogy [Desperado, El Mariachi, Once Upon a Time in Mexico]
Some films don’t have a lot going for them, but there are certain required cinematic elements especially for a western. Shooting scenes? Check. The sexy female figure? Check. The brooding male hero? Check. Gained cult status? Double check.