Whether it’s the weather, traffic, long commutes, a stressful job, or all of these combined, it can be difficult at times to stay positive. Sherif Arafa, an Egyptian writer, caricaturist, and researcher of psychology, has launched an app called Happy Day, aiming at give its users a much needed boost, and slowly but surely turning them more positive people. 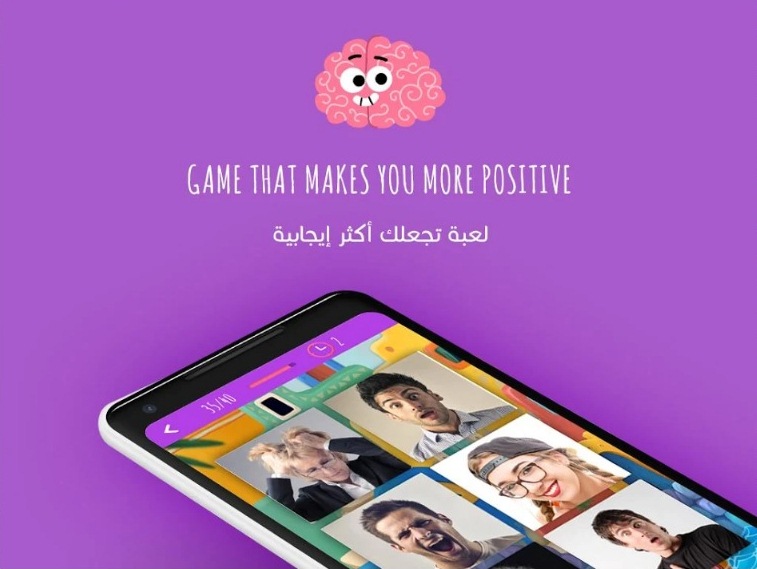 The app is home to two games. In the first game, you’re presented with four pictures and are required to select the most positive one out of the bunch. In the second game, you’re presented with only two choices that appear on the screen for a second. You then have to choose between two directions, left and right; you have to make a choice which mirrors the direction of the fleeting positive image.

It’s really fun and easy to play, and it relies on the power of habit, and on training your mind to instantly spot the positives in every situation. While the game is free to start, the free part is only limited to the basic portions of the game. After finishing the basic levels, you can opt to pay a very small fee in order to access more interesting parts of the game.

The game is actually based on reliable techniques and psychological studies. In the game, you’ll actually find a simple explanation of the science behind its elements. Happy Day relies on the concept of cognitive bias: the inclination your mind has towards certain things. The game attempts to make your mind more inclined towards positive choices and ideas.

While it is advised in the app that a 15-minute session is quite alright for temporary relaxation, and that playing it a bunch of times per week for a month can have long-lasting effects, Sherif Arafa, inventor of the app, says that this is not an alternative for any sort of psychiatric treatment. This is only a simple app to help you stay more positive and happy throughout your day.

You can download the app here. Try it out and let us know what you think.