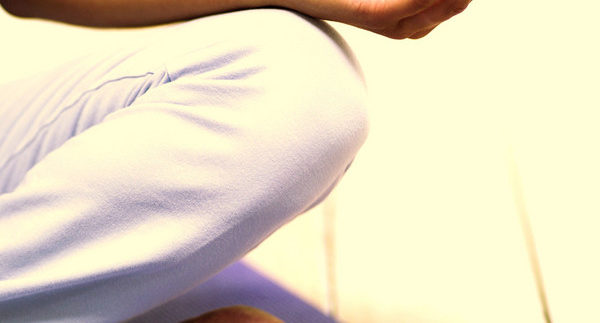 The ancient
discipline of yoga isn’t new to Cairo’s fitness scene though its landscape is
constantly changing. Popping up in nearly every neighbourhood are makeshift
home studios, new classes at the gym and entire centres dedicated to it.

It comes as
no surprise, really; given the many benefits that yoga provides. To top
it off, it’s summertime and the heat is already getting to us.  What better time to strike some balance between
your mind, body and spirit? Spiritual, physical and mental fulfilment is all
but a few stretches away.

There are
plenty of studios and gyms offering regular yoga classes around the city. Here
are just a few of the classes and workshops that are currently on tap in Cairo:

Located on a small road off of Shagret El Dor Street in Zamalek, On
the Mat provides a variety of yoga classes for a drop-in rate of 50LE an
hour. The schedule varies, and classes on offer include the not-so-common Kundalini yoga at 8PM on Tuesdays, Ashtanga yoga at 5PM on Wednesdays, and on Sundays, Vinyasa yoga at 6.30PM. Other services offered at On the Mat include ayurvedic
massage and Reiki sessions – the ancient Japanese Buddhist practice of transferring
energy through palm healing.

Also in Zamalek, Ashtanga
Yoga Cairo (not to be confused with Ashtanga Yoga Egypt) is a one-woman operation by Mira Shihadeh. Mira is known for her
one-on-one instruction and use of the Mysore method with each Ashtanga session.
Mysore includes space for individuals to move at their own pace, so group
classes aren’t available. She works by appointment only, from 7.30AM to 10PM,
five days a week. Evenings sessions are also available on Sundays and Tuesdays
at 7PM. Attend twice weekly for three weeks (6 sessions – 600LE) or take four
weeks unlimited – up to 20 sessions for 900LE.

Tawazon
Wellness Studio might be the only studio located in Downtown Cairo. Despite
the ongoing erratic hubbub of Tahrir Square and in the surrounding neighbourhood,
Tawazon
is functioning per usual with only an occasional cancellation here and there. At 7PM on Tuesdays, catch an hour and half of Sivananda yoga (80LE). Various workshops are regularly on the schedule as well. The
month of June includes a dance meditation workshop on the 25th from 7PM to 9PM.
The cost is 200LE.

The
Breathing Room has been around in Maadi for quite some
time now.  The drop-in rate is 60LE,
unless you have a student ID card which affords you a discount at 45LE. At
8PM on Sunday nights, they offer a meditation course if
you’re looking for less physical movement. Wednesdays at 9.30AM, pranayama
(breathing) is also offered. Other classes include Vinyasa, Sivananda and Ashtanga yoga. A weekly schedule can be found on their handy, regularly updated blog.

Last but not
least,  Nūn
Center continues to impress us on so many levels. On Shafik Mansour Street in Zamalek, the centre not
only provides services and classes for humans, but obedience classes for
puppies too? From 8AM to 10AM on Mondays, yoga with Rebecca is a good option
for beginners. Also on Mondays from 10AM to 11AM is Ashtanga Vinyasa flow. For drop-ins, classes are 100LE per visit. Nūn Center’s schedule
can be found on its online calendar.

Although these are our favourites, there’s an array of other options
available to Cairenes, for both beginners and the more experienced. Zamalek is clearly yoga central.
Reform Pilates Studio has always boasted top yoga instructors, while WOW is
known in yoga circles for its cosiness and comfort. On the other hand, Revive
Mind Body Spirit’s sports injury treatments, rehab services and overall
scientific approach seeps ever so slightly in its approach to yoga, focusing
more on rigorous practices.

Solay
Centre is a favourite in Maadi for yoga and Reiki, while BodyFitCairo has
somewhat of a cult following if you don’t object to the big mainstream gym
environment. The same applies to Oxygen in Dokki; a gym whose members are fiercely
loyal to.

Despite the
hype and myths regarding its difficulty and mysterious appeal, yoga is a great
exercise option for anyone and everyone in Cairo. Missing out would be a major
bummer with all of these opportunities in the city. It could well be your only
escape from the hustle and bustle of Cairo life.

As
schedules do inevitably change, please make a quick phone call or check the
schedule online before showing up at any of these great places.

Happy
yoga-ing Cairo, and Namaste to you!