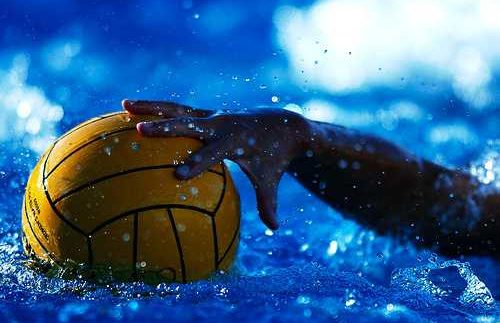 Have you ever wondered what a bunch of men wearing Speedos, grabbing and
touching each other are doing? It’s called water polo.

Over the years, water polo has become a very popular team sport in Cairo, and in fact in all of Egypt. So popular, in fact; that
chances are you will find people that know the game in every group of our
society. Look at the buffed up guy in the crowd and ask him if he’s a water-polo
player; it’s either yes or he’s a gym freak!

Don’t be fooled into thinking that because water polo takes place in the
pool like synchronised swimming, it’s a sport for wimps. Swimming up and down a
25m to 30m pool, during an 8-min, 4-quarters game without touching the bottom or
the sides of the pool is not easy!

Water polo in Egypt
is not just a sport; it’s a lifestyle. Your friend the water polo player will
most likely always be ditching you and the whole outing because he has practice
to attend, he will always smell like chlorine and will eat like there is no
tomorrow while maintaining a fat-free, lean and muscular body.

Water polo is a team water sport. The team consists of 13 players: seven
field players and six substitutes; the game starts with six field players and one
goalkeeper. The winner of the game is the team that scores the most goals. The
game involves swimming, players passing the ball while being defended by
opponents, and scoring by throwing the ball into a net defended by a goalie.
Therefore, water polo has strong similarities to the land-based game of team
handball. The frequency of ‘man-up’ situations also draws comparisons with ice
hockey.

The team water sport requires a strong ability to swim, since field
players must play both offence and defence positions. They swim 25m to 30m at a time,   and engage in mid-water wrestling, before
turning back for the opposing team’s possession.

The front-crawl stroke used in
water polo differs from the usual swimming style in that players swim with their
heads out of the water at all times to observe the field. The arm stroke used
is also a lot shorter and quicker in order to protect the ball at all times.
Backstroke is used by defending field players to track advancing attackers and
by the goalie to track the ball after passing. The water polo’s backstroke also
differs from regular swimming backstroke; the player sits up a bit in the
water, using eggbeater leg motions with short arm strokes to the side instead
of long, straight arm strokes. This allows the player to see the play and
quickly switch positions as needed. It also allows the player to quickly catch
an oncoming pass with a free hand.

As all field players are only
allowed to touch the ball with one hand at a time, they must develop the
ability to catch and throw the ball with either hand and simultaneously catch a
ball from any direction. Experienced water polo players can catch and release a
pass or shoot with a single motion.

The playing season in Egypt
starts in December and ends in May. Competing clubs like Heliopolis, Gezira and Ahly are the major and most competitive clubs in this game.

Playing water polo is a life-changing decision; it’s about sacrifice and
dedication. However, if you survive the training, you will enjoy going out,
partying hard and looking good doing it.