360 Essentials: Stick It to the Man 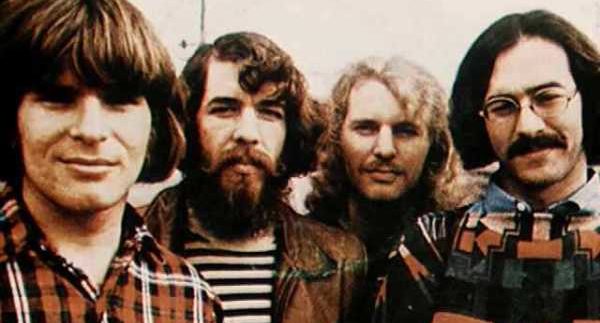 Let’s face it:
capitalist rule gets all of us feeling down and out from time to time. As we
well know, whether it is due to being fed up with the establishment or defiance of
authority, this generation is prone to revolt. While not all of us choose to
act on it, when it’s time to stick it to the man, a little music to pump you up
might be necessary.

Here’s a list of
our favourites when we find ourselves in the mood to cause a little noise.

‘Virus’ by Deltron 3030: Heavily influenced by
the musician, philosopher and poet Sun Ra, this hip-hop group has some
seriously kick-ass MC skills under its belt. The song’s futuristic theme
infuses critical anarchist views with genius imagination; as they rap
about the corporate world’s foolery and all-round human stupidity. Put on your
space suit for this one.

‘Maggie’s Farm’ by Bob Dylan: First recorded in 1965 towards the end
of Dylan’s protesting saga, this might quite possibly be the best protest song
ever written. The band’s backing showcases Dylan’s ability to completely let
loose in his lyrics as he rants about society’s oppression of the individual
and the fate of capitalism’s rule. You
can’t help but be tempted to express your disapproval through body language at
the nearest man!

‘F**k the Police’ by NTM: This French hip-hop group automatically took
us to that memorable scene in Pineapple
Express when the ultimate of chases begin. Known for vulgarity and their general
hatred for the po-po, the song’s intensity is enough to get anyone fed up.
Release your inner gangsta and cause some ruckus while you’re at it.

‘Uprising’ by Muse: Heavy on the bass and kick-ass in the lyrics, this song is hot
and seems to fit any occasion when you’re dreaming about a revolution! Released in 2009 on the band’s fifth studio
album, the song quickly took to the billboard charts and might be one of Muse’s
best thus far. Turn it loud and let it inspire you when you need a moment of
power.

‘Wanted Dead or Alive’ by Peter Tosh: Taking it down a notch with this
chilled out hit, Tosh’s involvement with the Wailers and the Rastafarian
movement have definitely done him well. This song hit the scene circa 1980 and
with his obvious attempt to promote the legalisation of illegal substances,
Tosh didn’t appreciate authority. This song is great for a sunny afternoon.

‘American Idiot’ by Green Day: How could this playlist be complete
without this song? The iconic image of Green Day performing this song is
engraved in any head of our generation who has participated in a
countercultural lifestyle. Hitting the
airwaves in 2004, the song is repetitive and annoying, but providing its
nostalgia can stand a listen every now and then.

‘Killing in the Name of’ by Rage Against The Machine: First released in the
early 90s, this track falls into the same spell as ‘American Idiot.’ Initially
written as a protest against racism, it’s a signature for the band. Not
appropriate for youngsters, the song’s excessive use of swear words and metal
influence sparked controversy for years to come.

‘Fortunate Son’ by Credence Clearwater Revival: Supremely popular
stateside during the Vietnam War and inspired by President Eisenhower’s family
brigade, this song’s 1969 release has been used in numerous films including Forrest Gump. Its rock n’ roll groove,
vivacious vocals, and anti-military lyrics make it clear where they stand. Rock
out and enjoy the protest.

‘Irony of it All’ by The Streets: Sometimes, the way we choose to stick
it to the man is to not stick it to anything at all. Some would rather simply
decide to stay home and not come into contact with anyone besides the food
delivery man, their closest friends and their illegal substance of choice.
Every now and then, retreating from the ills of society is the only way to go.

‘Another Brick in The Wall’ by Pink
Floyd: This iconic track’s two-part composition has been used in numerous films
since its released in the early 1970s. This disco-infused rock hit is one that
took Pink Floyd’s groundbreaking music and turned it on its side, sparking a
desire for rebellion, revolt and revolution in school-aged punks worldwide. You
can’t help but move your head to its globally recognisable bass line when it
comes on.