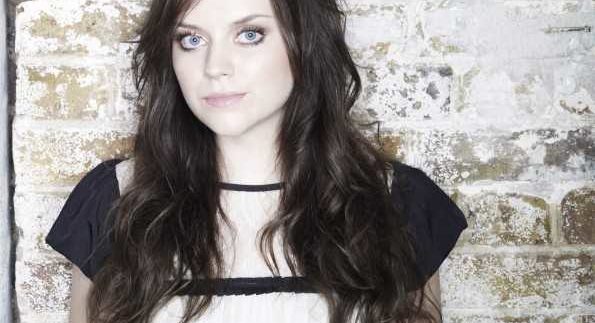 You’ve probably heard her
haunting single ‘Don’t Tell Me It’s Not Over’ on constant replay on Nile FM.
22-year-old Scottish singer Amy Macdonald has the kind of voice that you can’t
quite define, yet it lingers in your head all the same. Even categorising her
music as rock or folk doesn’t do it justice. Suffice it to say that Macdonald’s
vocals are sung in a vibrating contralto, and that she writes all her songs with a
refreshing simplicity and honesty

Macdonald’s resumé is pretty
impressive for her young age– she is a self-taught musician that started
playing gigs at fifteen. Her demo CD was apparently so mature and
well-developed that her production company remembered her out of 500 other demos.

Macdonald’s debut album This
is The Life was released in 2007 and become one of the most acclaimed 2008
hits in the UK.
The album is rich with anecdotal songs about the perils of fame and identity,
two themes that she returns to on A Curious Thing.

All her songs on her latest album are inspired
by real-life events, such as her encounter with celebrities at a Hollywood party that left her thoroughly unimpressed; a
story that she draws on in ‘An Ordinary Life’.’Love Love’ is a tender and intimate song about her fiancé, while ‘Your Time Will Come’ again touches on the fame issue and warns of the trials and tribulations that she may face in her own career.

Although Macdonald credits
UK band Travis as her strongest influence, it’s clear when listening to this
album that she is also heavily influenced by Bruce Springsteen; whom she pays
homage to with a live cover of ‘Dancing in The Dark’ at the end of the
beautiful and delicate ‘What Happiness Means to Me.’

Unfortunately, this direct
reference to the legendary Springsteen works to her disadvantage; as tracks
such as ‘I Got No Roots’ sound far too similar in sound and lyrics to
Springsteen’s ‘Dancing in the Dark’. Even the way she enunciates
her lyrics and lingers on certain notes sounds less like her and more like him.


That being said, A Curious Thing is a formidable effort,
full of heartfelt lyrics by an artist that has her feet firmly on the ground despite her recent rise to stardom.