Christmas Playlist: Songs to Get You in the Christmas Mood 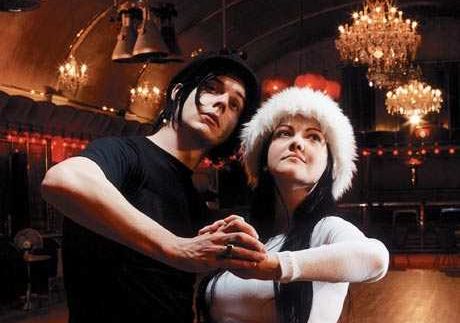 In the tradition of the joyous occasion of St.
Nick fitting his fat, boisterous and loving self down our chimneys worldwide on
Christmas Eve; the night would not be complete without a Christmas music playlist.

If you can manage to wade through the gluttonous
behaviour and kitschy decor of the season, we’ve thrown together a list of
Christmas songs that lend a not-so-typical, matchless spin on things. Grab your
hymnals and sing along. Happy listening!

‘Happy Christmas (War is Over)’
by John Lennon and Yoko Ono: What better way to spice up a Christmas playlist
then with a little Lennon? Originally a protest song against the Vietnam war, its
lyrics are based on a campaign where John and Yoko plastered slogans on
billboards in eleven cities around the world. It’s a timeless tune.

‘Come On! Let’s Boogey to the
Elf Dance!’ by Sufjan Stevens: Instrumentalist
Sufjan Stevens must really love the season; he’s released five full-length
Christmas albums so far. It’s cheesy, but why not? This poetic yet simple and
catchy track describes the typical Christmas family scene with a childlike joy.

‘Father Christmas’ by the
Kinks: For a little redemption, this 1977 rocking ballad tells the tale of a
department store Father Christmas that gets beaten up by a group of kids who are
simply asking for a little dough instead of toys; a humorous take on the
pathetic mastermind of consumerism. Save the toys for the rich kids!

‘Christmas Card from a Hooker
in Minneapolis’ by Neko Case: Hats off to Neko, who manages to turn a
Tom Wait’s classic into a beautifully sweet song. From the sadness in the organ
to Neko’s delicate vocals, the song seems to take on a much more emotional
meaning. How can you not want to just reach out and give her a big hug?

‘Candy Cane Children’ by the White Stripes: The raspy guitar keeps you grooving in that
typical White Stripes way. Interestingly enough, the term candy cane children
is used to describe committed fans of this renowned garage rock band, who take
their turn at a Christmas song with their unreserved cynicism regarding the
holiday spirit.

‘Let Me Sleep’ by Pearl
Jam: This 90s hit expresses the tragic loss of Christmas magic as we grow up,
which is soon replaced with the desire to simply rest instead– it’s the
holidays! Vedder’s voice still has that raw, passionate sound, producing a
nostalgic feel that takes us back to childhood. Where did the mysticism
go?

‘December will be Magic Again’ by Kate Bush: Regardless of when this was released (really, we have no
idea), this avant-garde, oddly psychedelic and sultry strangeness has got us
filled with all sorts of questions. Bush’s perspective on Christmas includes
parachutes and Oscar Wilde; so what is there not to like?

‘All that I Want’ by the
Weepies: Recorded just a few years ago, this sentimental track exposes one’s
love, cleverly intertwined with an enchanting look at Mother Nature’s
effervescent beauty. The vocals are calming, relating perfectly with the
acoustics; so grab a cup of creamy cocoa, slide into your favourite sweatpants
and dream away.

‘Santa Claus, Go Straight to
the Ghetto’ by James Brown: Leave it to James Brown and the year of 1968 to
produce a Christmas song with such an amazing title. Making it a funky
Christmas indeed, this groovy Motown tune combines a little consciousness with coolness,
creating a rad little number with jazzy horns.

‘White Winter Hymnal’ by
the Fleet Foxes: The first single off of their 2008 debut album, the choir-like
vocals and echoing harmonies are beautifully pitched. The drums and guitars
flood in like a burst of light, and it’s then that this song starts to wrap you
up like a warm, fuzzy blanket. Christmas or not, this track could fit no other
season.