Fifteen Years Chillin’: Music From 1995 is Still All That and a Bag of Chips 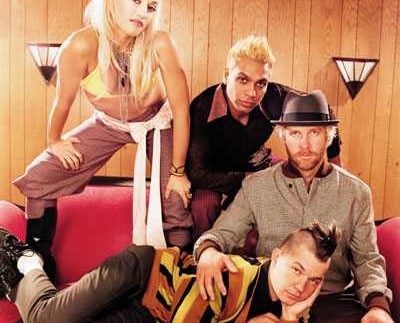 The mid-90s witnessed a
time of condensed, raw talent
bursting onto the international music scene on all fronts. In the
post-grunge
world, music spanning genres of punk, ska, rock, reggae and rap all
aimed to
express their take on the world pre-millennium. With such a rich variety
of
music styles, music history hasn’t been the same since.

The following ten albums were all
released in 1995 and
have been an inspiration to contemporary artists of different genres
today. Check
out these classic hits; reminisce about your youth and the past era of
some
truly inspiring music.

The Bends
by Radiohead

At the start of
the year, Radiohead released The Bends, which had a more lyrical,
multi-dimensional sound than their debut album Pablo Honey with tracks like ‘My Iron Lung’ and ‘Street Spirit.’ The
harsher guitar sound paired with the new addition
of keyboard complemented the album’s abstract lyrics of transient
concepts and
philosophical journeys. The Bends
represented a major shift in music history and has had a tremendous
influence
on other rock bands like Coldplay and The White Stripes, who both rose
to fame
in the 2000s.

Green Day’s fourth
album Insomniac represented a shift towards a darker, heavier
punk sound
for the band with tracks like ‘Geek Stink Breath‘and ’Brain Stew/
Jaded’. The
album jumpstarted a more abrasive punk revival in the late 1990s and
2000s,
which led to pop punk bands like Blink 182, Fall Out Boy and My Chemical
Romance.

Alanis Morissette released this debut album
at the
ripe age of nineteen, documenting the fascinating road of an intelligent
and
independent young woman very much in tune with her emotions. She gave
the
strong, outspoken 90s girl a voice with tracks like ’You Oughta Know‘
and ’Head
Over Feet’. Alanis’ sensual and staccato voice styles are still echoed
in
contemporary solo artists like Regina Spektor and bands like Dresden
Dolls and
Eisley.

Melon Collie
and Infinite Sadness by the Smashing Pumpkins

This album was a spin-off in a new
direction for the
Smashing Pumpkins. Experimental beats and multi-dimensional rhythms
aimed to
define the emptiness of disaffected youth. Tracks like ‘Beautiful and
‘Lily’
demonstrate the Pumpkin’s crooning love song side amid mostly rock and
roll
anthems. These sounds influenced other alternative rock bands like
Placebo and
Interpol.

Who on Earth didn’t find the single
‘Boombastic‘ contagious
in 1995? Not only did the single jumpstart a movement towards reggae
pop, but
the reggaeton explosion in the 2000s was inspired by artists like
Shaggy. Sean
Paul, Nina Sky and Don Omar are just some of the contemporary reggae
artists
carrying on the legacy.

Pieces of
You by Jewel

In
1995, Jewel was the voice of poetic justice. Her impassioned
lyrics and fairy-like voice inspired many to develop their own poetic
talents.
Tracks like ’Who Will Save Your Soul?’ and ’You Were Meant For Me’
became
timeless guitar ballads. Jewel has given birth to a new era of beautiful
voices
with poetic verse including Joss Stone, KT Tunstall and Michelle Branch.

The Great
Escape by Blur

Blur’s fourth album made its mark on the mid-90s
British pop scene with their retro, Beatles-inspired beats. Many of the
tracks
discuss the desperate loneliness of 90s youth. Tracks like ’Country
House‘ and ’The
Universal‘ inspired much of the British indie rock explosion later in
the 2000s
like Belle and Sebastian and Camera Obscura.

This album included the massive hit single by the same
name. Featured on the soundtrack for Dangerous
Minds, the melody haunted the mid-1990s with larger questions of
social
class and mass inequality. Simply put, this album made being a gangster
cool,
which influenced later rap, R&B and hip-hop artists like Jay-Z,
Snoop Dog
and 50 Cent.

Adios
Amigos! by the Ramones

After a 21-year run, the Ramones released their final
album in 1995. The music legacy of the Ramones is difficult to grasp,
but let’s
just say that Green Day members have named their children after this
epic band.
And when pop punk began to rise on the scene, tracks like ‘I Don’t Want
to Grow
Up’ and ‘Born to Die in Berlin ’
kept old school punks and hardcore bands like Rammstein inspired.

Tragic
Kingdom by No Doubt

When No Doubt landed on the international scene,
everyone was positively addicted to the high-energy sound of tracks like
‘Just
a Girl‘ and ’Spiderwebs’. Gwen Stefani was as pretty as she was punky,
and she
certainly held her ground against the all-male team. No Doubt has
influenced
plenty of rock-pop contemporary bands like the Black Eyed Peas and solo
artists
including Marina
and the Diamonds, Avril Lavigne and Pink.

The Weekend Guide: What To Do For Fun in The Cold Weekend