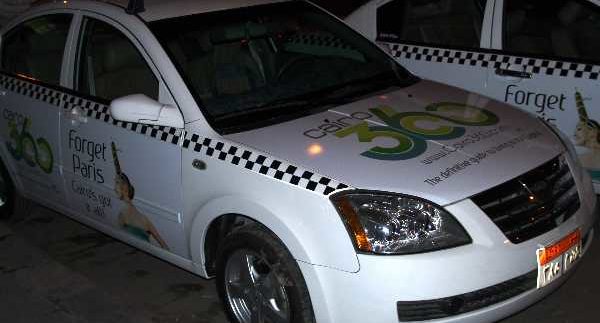 Another genius move from the people who brought you School Disco, Cairo360 has launched its range of 360 taxi cabs in a bid to encourage safe late-night driving. Ten Cairo 360 cabs were stationed outside the Cairo Jazz Club on 31 March 2010, where patrons were given free rides to anywhere in the Capital as part of the Cairo 360 Everywhere campaign to get people out and about and then home safely. Look out for our devilishly handsome cabs outside Cairo’s hot spots throughout April and May.

If you spot our Cairo 360 cabs around town, make sure you take a snap-Cairo 360 will be launching a competition soon with some ultra-amazing prizes (did anyone say iPad ?)