Thursday-Nightis: When Only the Crazy Venture Out 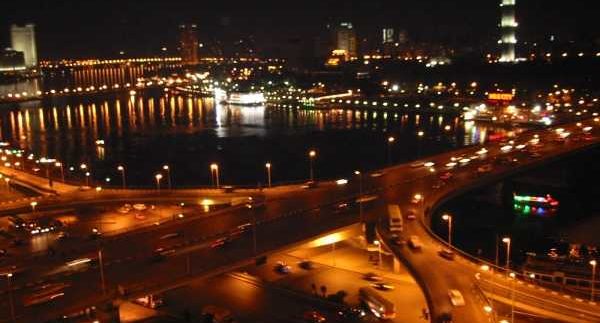 Thursday-Nightis: When Only the Crazy Venture Out

For those not accustomed to the Cairene way, the weekend starts at 5pm on the dot every Thursday – not a minute before and not a minute after. It sometimes can extend beyond cut-off Sunday, especially during the summer season when driving back from Sahel after partying all weekend long is just too much to ask. It’s like please, be considerate, I must maintain my image and rep as one who’s in the know and in the scene.

That’s all fine and dandy, but what is most certainly not is the mad rush to plan and take part in a Thursday night outing. In a city of 18 million where everyone, give or take a few million, has the same exact idea in mind—that is, to go out and celebrate the weekend, cause this one is oh so different from the last one—it’s undoubtedly the worst thought out, yet strangely popular idea ever.

Most offices shut down at 5:00, so you’re talking about a few million fellow Cairenes in their cars snaking their way through the already congested streets, across bridges and highways to get home. So the average hour ride home gets extended to maybe two, three if it’s really bad.

You’ve been slogging all week long hard at work, so come that magical hour on Thursday, you’re pooped. Still it’s only natural that you want to go out, let your hair down, have some fun and connect with people who aren’t work related…it is the weekend after all! Now, take that very same thought and multiply it by infinity—or a considerable percentage of the population—and that’s how many other people are thinking that very same thing. And you still insist on going out on Thursday?

I remember once heading to Mohandiseen on a fated Thursday to pay a visit to a relative before hitting the town, and the journey took me at least two hours. I stayed for thirty minutes or so before taking off to meet up with some friends at Tamarai, which I reached at half past eleven. So essentially I spent more of my Thursday inside the car than actually being social, which was the whole point of the outing in the first place.

Another scene that’s synonymous with the Thursday nightlife is the constant ebb and flow of friends, acquaintances and fellow revellers. Whether you’re at La Bodega, Tabasco Bar, Indigo or any other night spot, you end up spending the whole evening having your conversation cut short as a mobile phones ring and the call is of the “I really need to take this” variety, or the Blackberry pings with some urgent message or other…so what’s meant to be an enjoyable evening amongst friends becomes one of snatched talk and just too many people and forms of communication at once.

Once bitten, twice shy is my motto and I now don’t leave my house on Thursday’s unless it’s absolutely necessary and there’s no getting out of showing my face. I don’t know about the rest of you, but by the time the end of the week rolls around all I can think off is getting home, letting go and taking a mental breather. Trust me, taking some time to do absolutely nothing makes the rest of an action-packed weekend that much more exciting. Just thinking about the traffic navigation, constant honking of the horns and endless streams of people is enough to make me want to take up home-hibernation. Instead of heading out, why not have a few friends over for some low key hanging out? Trust me, it won’t kill you to not be seen out on a Thursday.

It’s not just the horrible traffic and length of time it takes to get anywhere that has put me off the Thursday soiree:  the popular nightspots are usually packed to the rafters. Assuming reservations have been made, you’ll undoubtedly have waiters who are being run off their feet so a) you’ll inevitably end up with a wrong order somewhere, b) the service will be so bad you’ll swear not to set foot in said establishment again, c) there will be a problem with the bill for one reason or the other.

Factor in the nonexistent ventilation at most establishments and by the end of the night you’re a walking, talking, smelling cigarette without having put a nicotine stick between your lips. Is all this worth going out on a particular day of the week?

The weekend doesn’t end on Thursday you know, there’s still Friday and Saturday to party all night long. You’ll be refreshed, and more than up for a night of painting the town – without having to fight your way through Thursday traffic.

Until people begin to use public transport as a preferred means of travel, this partier is staying in on Thursday instead of clogging up the streets with the other millions upon millions of cars. It’s simply not worth the hassle, aggravation and stress I go through every time, and Thursdays are meant to be fun, after all.