A Foodie’s Guide to Bakeries in Cairo 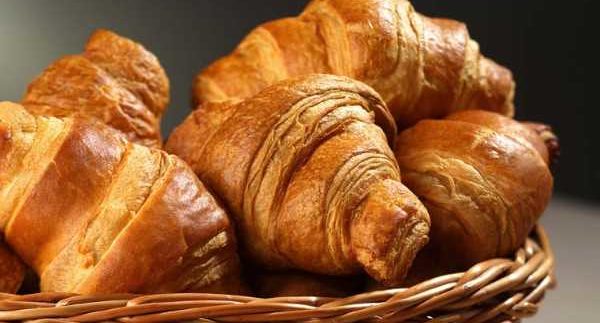 Second only to the
knife and fork on a dinner table, a loaf of bread occupies an essential part of
any meal. The history of bread-making dates back to the Ancient Egyptians and
we’re credited with exporting the knowledge of bread-making to the Roman Empire
and beyond. Up until a few short years ago, getting artisan bread was
notoriously difficult; but now there are more than a few options available
without breaking the bank. While this does not discount the wonderful baladi
bread we all grew up with, unfortunately many of the old Egyptian bakeries are
shut down. Fortunately we’ve also got the scoop on where to get your baladi
bread fix:

Nasr City Bakery:
Nogoom Street, off Abbas El Akkad Street: There’s nothing better
than the smell of freshly baked baladi bread to bring back memories of dinner
at your grandmother’s when you were a kid. Buried deep inside a residential side street off Abbas El Akkad Street near Koshary Sheikh El Balad, this bakery has been
around for over twenty years. Fresh loaves of traditional
Egyptian flatbread are made daily with subsidized flour and barley, which lends the bread its distinct texture and flavour. Prices have increased lately, so
expect to pay 1LE for just four loaves.

Krystal Bakery: El Tayaran
Road, Nasr City: There isn’t much in
the way of actual bread to be had at this bakery, but their buttered croissants
and cheese-filled pâtés are among the best that Nasr City has to offer. A
single croissant can set you back about 1.50LE. You may also want to take a
look at their wide selection of biscuits, petits-fours and mini-pizzas; perfect
for when you’ve got the munchies and want an alternative to mass-produced and
oddly flavoured potato chips

The Bread Basket: Heliopolis: Soft Pretzels– need
we say more? Ok, how about Belgian chocolate muffins and huge loaves of rye
bread? Does an apfelstrudel strike your fancy? This German bakery makes
everything daily and has such a great selection of daily fresh bread and
dessert cakes that you’ll be spoilt for choice. If you’ve got an alfresco
picnic or dish party coming up, you would be remiss not to pay them a visit.
Prices range from 5LE for a soft pretzel to upwards of 15LE for a premium loaf
of bread. For larger or specialty orders, you would be wise to call them and
reserve at least a day beforehand.

The City Baker: Maadi: Arguably one of the
first German specialty bakeries to operate in Cairo, The City Baker offers
bread baked in typical German tradition. These big heavy loaves are second only
to the French baguette when it comes to sandwich-making. Sourdough rolls, rye bread and their soft pretzels continue to be the most popular items
on their menu.

The Bakery Shop (TBS):
Zamalek: You’ll be assaulted by
the smell of freshly baked bread as soon as you walk through the door. The more
popular breads like hamburger buns and petits pains are churned out throughout
the day. With the motto ’Baked in front of you,’ you can be sure that the bread
is freshly prepared. The array of baked goods is impressive; starting with a
whole array of European breads down to their dessert breads and pastries– they
have some of the largest donuts that you’ll see this side of Texas. Prices vary
according to the size and type of bread; for example, a healthy loaf of
focaccia costs 4LE. If you’re not in the mood for an entire loaf, head over to
their sandwich station for a quick fix: the fillings on offer are pretty standard like
chicken breast, turkey breast, roast beef and tuna salad. Make no mistake,
though; the bread is the star of the show.

Jared’s Bagels:Maadi: Jared’s has been
operating for over five years in Maadi. The selection has since grown from only
bagels and bagel sandwiches to a whole range of baked goods, including cookies
and muffins. Bagels can cost between 4LE and 6LE per piece, depending on the
type. You would be wise to get in early and buy your bagels as soon as they’re out
of the oven. Bagels are meant to be chewy; but after a few hours out of the
oven, they suspiciously turn into rock hard donuts of dough.

Postres: Golden Tulip Flamenco Hotel, Zamalek: Rounding out this list
is yet another German bakery/pastry shop, but for the residents of Zamalek, it is the only German
bakery. Located in the Golden Tulip Flamenco Hotel near Om Kalthoum Square,
stories and tales abound about how this bakery maintains its high quality
through the sheer force of will exerted by the German hotel manager and the German
head baker. Soft pretzels (yes, we like our soft pretzels), rye bread and more
are prepared with traditional German sensibility on a daily basis. The best
part is their apfelstrudel, which is so perfectly authentic its entry visa to
Egypt is stamped on its side. No, not really, but you get the picture.