Long ago, and we mean 40 or 50 years back, perhaps even more, the North Coast was nothing more ‎than sand and water. The urbanised community we see today was not even a ludicrous thought. ‎

Perhaps your parents, assuming you’re a millennial, would know about that. People would just pick ‎their spot from the empty land and have a personal summer retreat. Perhaps one of the most famous ‎spots at the time was El-Alamein, a place far removed from populated Alexandria, but home to one of ‎the grandest hotels of the era, the Al Alamein Hotel. In the 1960s, the hotel was launched, and it was ‎the place to be, the hot spot where all Cairenes strived to have their vacation.‎

Until recently Al Alamein Hotel was simply a relic from the past, an anecdote of glorious days from a ‎bygone era. But, thanks to Emaar Misr, the historic Al Alamein Hotel has been brought back to life. ‎Situated in the beautiful area of Sidi Abdel Bay, the hotel combines glamorous retro designs, with the ‎epitome of luxury. ‎ 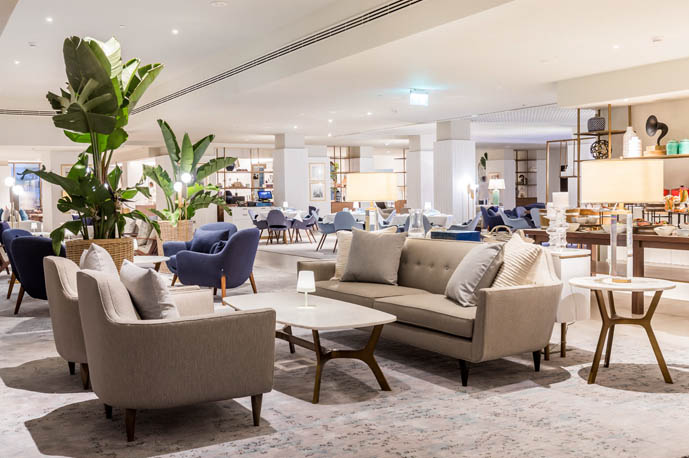 In collaboration with the Ministry of Tourism, the huge conglomerate, Emaar, revealed their latest ‎project; the redesign and reopening of Al Alamein Hotel. The event showcased Emaar’s 1.5 billion LE ‎renovation of Al Alamein hotel in record time, and was attended by the Minister of Tourism, Dr. Rania ‎Al-Mashat, as well as a number of VIP guests, and top media and public figures. At the event, ‎Mohamed Alabbar, Chairman of Emaar, stated that “The refurbishment of Al Alamein Hotel provides ‎an example of our determination to offer a hotel that is on a par with, or rather superior to, world-‎class resorts,” and he added that Emaar “strives for nothing less than the highest global standards for ‎our customers and our developments in Egypt.”‎ 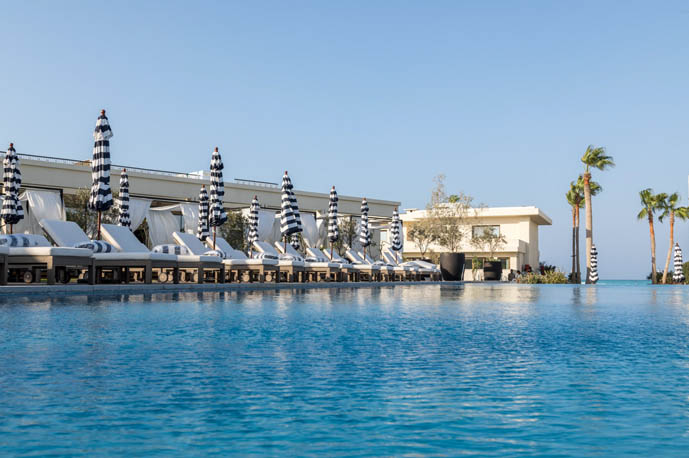 Due to its huge significance in Egyptian history, Emaar were very careful in retaining Al Alamein Hotel’s ‎retro beauty. As such, they meticulously redesigned the establishment using vintage styles, and gave ‎it a glamorous retro-themed facelift. They’ve managed to maintain its rich heritage, and combine it ‎with modern comfort, technology, and luxury levels. You’ll even see areas dedicated to the celebrated ‎actors and singers who were once regulars of this fine establishment.‎

One of the biggest attractions in the hotel is the Umbrellas sculpture by the brilliant Greek artist, ‎George Zongolopoulos. Imagine a 13-metre steel structure of umbrellas, piercing the sky as if to ‎poetically sing Abdel Halim Hafez’s classic song, Dokko El-Shamasy. After being first displayed at the ‎Venice Biennale in 1995, the piece now rests in Al Alamein Hotel. There are also a large number of ‎artworks by local and global artists alike, whether featuring beautiful natural scenery, or iconic figures ‎such as Om Kolthoum.‎ 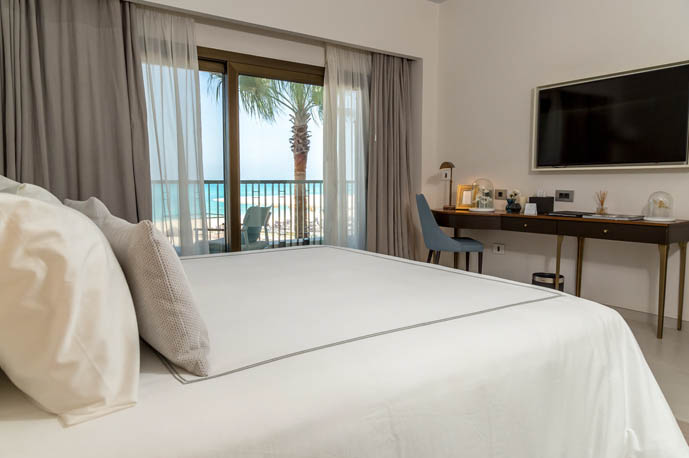 Al Alamein Hotel will be a part of the hottest spot in North Coast residences, Marassi, Emaar’s flagship ‎Mediterranean landmark in Egypt. It will join a number of hotels already available in Marassi such as ‎Vida Marassi Marina, The Address Marassi Beach Resort, and The Address Golf and Spa.‎

We can’t wait to hit the North Coast and stay for a couple of nights at this grand hotel. To those who ‎already saw its former glory, this would be a beautiful nostalgic trip, but for those who’ve never ‎known it, it will be an introduction to a new level of luxury by the sea.‎