Cairo Guide: Visiting the City of the Dead 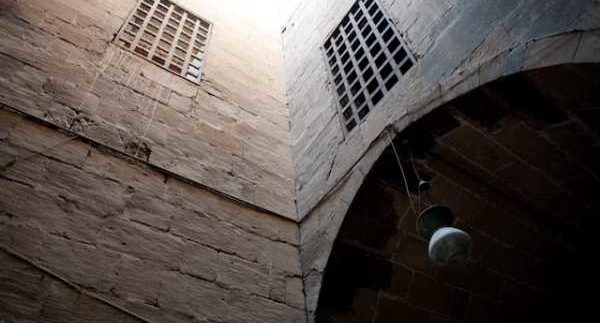 Egypt
is a land known for its tombs. From the Great Pyramids of Giza to the hidden
Valley of the Kings, millions have come on their own pilgrimage to see these
sights. However, there are a few corners
of Cairo where tombs are not only used to respect the dead.

Affectionately named the City of the Dead, the
centuries-old tombs formerly located outside of Cairo
have become a natural choice for those who can’t afford Cairo’s rising real estate prices. Cairo
has several massive cemeteries that are former above-ground tomb
complexes. While the numbers range on
the population figures, most research says that there are several million
people living within these cemeteries; due to low housing costs or because the
residing families are caretakers for the graves. Due to Egypt’s
population explosion and exponential increases in rural migration to Cairo, people are having
a hard time finding affordable space even here.

Nonetheless, the City of the Dead can be an
interesting spot for a morning or afternoon exploration trip, with several beautiful
tombs and mosques located within the Northern
Cemetery near the
Citadel. Take a quick taxi ride from Downtown
to the Mosque of Qait Beh, a great starting point for your journey through the
City of the Dead.

A Mamluk
Sultan, Qait Beh ruled in the 15th century. A prolific builder and long-lived
monarch, his mosque and tomb complex has been hailed as one of the most
beautiful structures in Cairo. Contemplate his architectural achievements
and the technology of his day as you see brilliant qibla decorations and ornate
domes. The Koranic calligraphy and divine symbols of the star and the arabesque
within the complex are inspiring. If you
have some extra change in your pocket, you may want to pay a tip to the
caretaker so that you can climb the minaret. The views of the City of the Dead
and the Citadel from the minaret are unrivalled in Cairo.

Wander the streets of the City of the Dead as you make
your way north to see a few more highlights. Many packs of dogs roam the streets; so be careful not to wander too far
off the beaten path here or else you may find yourself surrounded by an
aggravated dog gang! Make a stop at the Complex of Ashraf Bars Beh, also a
Mamluk sultan, who will always be remembered for his embellished star dome.

If your appetite for Mamluk architecture hasn’t been
satisfied; continue north to explore two complexes restored by a Polish
restoration team: the Mosque of Amir Qurqumas and the Funerary Complex of
Sultan Inal. The beautiful stone-carved arabesque design and the potential to
discover the site on your own is an alluring and charming characteristic of the
mausoleums here. These complexes did not only have mosques and tombs associated
with them; they would also have caravanserai or wikalas, a hotel/market, in
order to support the upkeep of the mosque.

Pay tribute to the Egyptians who fell in the 1967 War
against Israel,
located just south of the Mosque of Amir Qurqumas. Here, there are many tombstones layered in a
unique and disorderly fashion as a testament to the brave Egyptians. You may be one of the very few visitors to these
sites in the Northern Cemeteries, so be prepared for curious inquiries by the
local kids and residents as to the purpose of your visit.

If circumstances permit and time is not precious when
you visit the Northern Cemeteries, allow yourselves some time to talk to the
locals. You will find inspiring stories of courage and family love. You may meet people working in the thriving
economy in the City of the Dead, full of stores, auto repair shops, and taameya
stands. After all, it is the impressions
and memories of the people that you meet and the places you visit that you take
with you when you leave.

Travel Tips: On occasion, Egyptian police may try
to stop foreigners from visiting the City of the Dead. This is not the case
currently; but it is best to dress conservatively and not travel alone,
especially if you are single female traveller.

For many of the tombs in the City of
the Dead, you will need baksheesh in some form to get into the site. Be prepared with small currency bills if you
really want to explore the mausoleums or climb some of their minarets.