The Right to Climb: Egypt Takes Charity to the Next Level 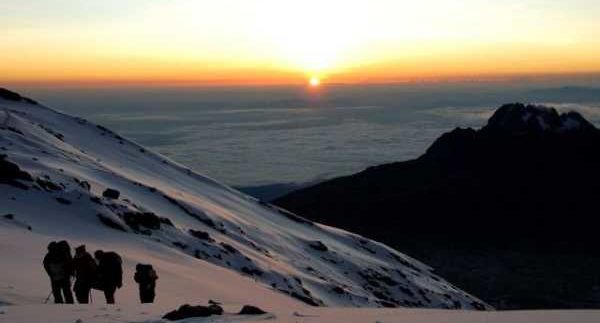 An exciting initiative is currently underway in Egypt;
on September 11th 2010, a team of committed individuals will bring together
humanitarianism and athletics for the Right to Climb initiative. The mission
involves a trek to the summit of Mt. Kilimanjaro; the highest point in Africa,
with the goal of raising a total of 2 million LE to benefit Egyptian mentally
challenged community. Each participant must pay his or her own way to join the
hike, with all proceeds going directly to the cause.

Headed by Egyptian adventure travel company Wild Guanabana, the event
donates all proceeds to the Right to Live Association (RTLA), the largest and
longest-running non-profit in Egypt that is dedicated to providing care for
mentally challenged individuals.

The Right to Climb initiative introduces some new
concepts to Egypt’s charitable enterprises: first of all, it combines travel
with athletics and charity, which are not usually interrelated. Secondly, the initiative requires that all participants
pay their own costs; each raising 20,000LE. The aim is to deepen the
participant’s sense of social responsibility, promote this important cause and
also raise awareness and support.

The project’s Platinum Sponsor is As-Salam
International Hospital, with media sponsors Nile FM Radio, Community Times and
Turath, who will be covering the initiative’s progress.

It all began when Wild Guanabana founder Omar Samra,
who is the first Egyptian to climb Mt. Everest in 2007, came up with the idea
with his friends to organise a climb of Kilimanjaro for a good cause, combining
a love for adventure with a need to give back to our community.

Inspired by the commitment and accomplishments of
RTLA, the team came up with the concept of the Right to Climb. Samra believes
that RTLA is especially important to our society, where the needs and
importance of our mentally challenged population are often overlooked. The organisation
works hard to educate the general public, and strives to eradicate stigma and
prejudice surrounding issues of mental disabilities.

Whereas many organisations only provide care for
patients up to the age of 21; RTLA provides care but also assits mentally
challenged people over the age of 21 by providing them with comprehensive care,
vocational training, and assisted living houses for those whose families are
unable to care for them. RTLA also reaches out to their families by educating them
on how to provide proper care for children up to six years old, ensuring
households are properly equipped and prepared.

Observing that most charity initiatives in Egypt are
headed by well-established, multi-national companies, Samra hopes to start a
trend where smaller, local companies will launch charity campaigns. The cause
is especially close to home for Samra whose two elder sisters are mentally
disabled. ‘Of course, this is something that is close to my heart,’ he says, ‘And a cause
I felt pulled to,’ adding that several fellow climbers have also been
inspired to join by encounters with mentally challenged relatives and friends.

He is also keen on combining his passions– travel, the
environment and charity– and is optimistic that a link between travel,
environment and pressing social causes will catch on. To make this a reality,
Wild Guanabana ensures that climbers will eliminate their carbon footprint by
contributing the costs of all fuel and emissions to environmental charities, thereby
keeping the mission a green and eco-friendly one.

So far, it looks promising; through word of mouth,
social media networking and an outpouring of local and international support,
the team has grown exponentially since it first hit the social media waves.

Using radio, TV, YouTube channels, Twitter and an SMS
campaign to raise awareness, and opening phone lines so that people can call in
for support and donations; the initiative has its media bases covered.
Potentially, Wild Guanabana will continue to raise money after the climb for
those who have missed the event but would still like to contribute. Samra is
considering promoting a documentary film of the climb, whose sales will benefit
the RTLA. The project got a boost with celebrity and good-will ambassador
Youssra endorsing the initiative as the charity’s ambassador. For some
well-placed and Cairo-based publicity, Safi of Nile FM has pledged to join the
climbers to the top.

‘Kilimanjaro is basically one trek,’ says Samra ‘And
requires no previous experience; you don’t have to be a super athlete.’ The
company is well-equipped and does prepare participants for the climb, with
nutrition experts and physical trainers on board. The group currently has twenty-two
climbers– which exceeds their target goal of twenty climbers– who have pledged
to join in the seven-day journey and will undergo three months of training
prior to the trek.

While the 22-person climbing team fills the quota for
the upcoming expedition, support for the initiative has been so overwhelming
that Wild Guanabana is planning a future climb of Mt. Kilimanjaro in December
2010. Email getmeonaplane@wildguanabana.com
to get in touch and find out all the details.