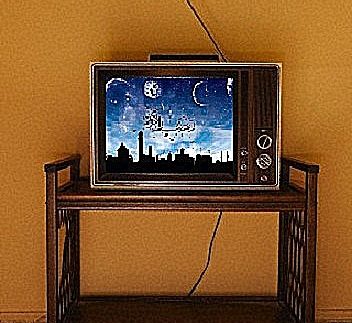 Are you excited Cairo? Ramadan 2012 is almost here; the month of sleeping all day, gorging yourself come sunset and vegging out in front of the TV until dawn. And who said Ramadan was about empathizing with the poor? Anyway, let the bastardization commence with this rundown of the top TV shows from the 60 or so that are jostling for a spot in your viewing schedule.
Arafa El Bahr
One of the more peculiar plot-lines, Arafa El Bahr is about a fisherman whose success puts a strain on his relationship with his jealous cousin.

An Arabic language teacher living abroad returns to his small hometown in Egypt and has to learn how to deal with the way society changed in his absence – the hard way.

El Baltagy
El Baltagy depicts the life of a thug named Youssef and looks at how he and others like him were used by the previous regime’s lackeys in their election-fixing schemes.

An Egyptian official stationed in Tel Aviv has his assets frozen by the Israeli government. In retaliation, he returns to Egypt and assembles a team to sneak into Israel via the Gaza tunnels and rob a bank.

Hekayat Banat
Hekayat Banat chronicles the lives of a group of four young women – friends since school – in what is being hailed as a raw and unadulterated look at the trials and tribulations of women in Egypt.

A man is framed for the attempted assassination of a high ranking governmental official. Unaware of the reason behind his arrest and in the state security’s custody, he tries to escape.

Ibn Mout
Ibn Mout is a drama about illegal immigrants and a group of traffickers who profit off of their dreams of a better life.

This might as well be called Catfight part 2.  Having aired to both popularity and disgust last Ramadan, two women fight over the love of a man – again – in a slapstick embarrassment.

El Khawaga Abd El Qader
El Khawaga Abd El Qader takes place over a period of time spanning six decades and three different countries. It kicks off in 1940s England – during World War II – and chronicles the story of the titular merchant who leaves England due to the war, moves to Sudan and then to Upper Egypt.

Khorm Ebra
Translating to ‘the eye of a needle’,  Khorm Ebra tells the story of a poor man trying to escape from his problems while dreaming of the day he becomes wealthy.

Khotoot Hamra
Khotoot Hamra (red lines) focuses on three characters with different approaches to religion; one is a fundamentalist, the other is a moderate while the last pays no mind to religious boundaries.

A lawyer married to an abusive drug addict battles to get a divorce so she can marry her lover.

Separated-at-birth twins, unaware of the other’s existence and raised in different religions – one Muslim, the other Christian – meet as adults. The show puts a magnifying glass to the Muslim-Christian tensions in Egyptian society.

Omar
One of the more ambitious productions this year, Omar is a biopic about the Prophet Muhammad’s eponymous companion and second caliphate. It’s apparently the biggest production in the history of Arab television and rights to it have already been sold to TV channels in Indonesia and Turkey.

Another show taking its inspiration from the recent unravelling of Egyptian politics, a politician faces problems when she decides to take a stance against corruption.

Ali, a young lawyer, gets a mysterious phone call that challenges his beliefs and everything he stands for. As his problems start piling up, he discovers that sticking to his morals may not be as easy as he once thought especially when he starts having doubts about even those closest to him.

Based on a true story, the show discusses a mission carried out by the Egyptian equivalent of the CIA in Tel Aviv between 1957 and 1972.

An economics professor who is militantly against economic imperialism finds herself entangled with dirty-business types who don’t approve of her message and will go to great lengths to stop her.

Sharbat Loz
It wouldn’t be Ramadan without a comedy starring the ageless Yousra. Sharbat Loz sees a simple, divorced seamstress battling to overcome the social problems she faces as she embarks on life by herself.

Three guys, hell bent on becoming rich, get mixed up with a con man known as The General. They start to work for him but then decide to split when they find out that he hadn’t been paying them fairly – a decision that doesn’t sit right with him at all.

Vertigo
An adaptation of the novel by Ahmed Murad, Vertigo is about a photographer who records a fight between some business tycoons in a bar named Vertigo. She ends up uncovering dirt on people who’d do anything to keep their secrets under wraps.

After serving a jail sentence for a crime that he didn’t do, Ali is released only to find his girlfriend married to another man. He soon falls in love with another though, only to have his social standing keep them apart.

A ravenous, insatiable businessman tries to twist Islam to suit his whims and becomes a polygamist.