The Directors’ Collections You Must Own 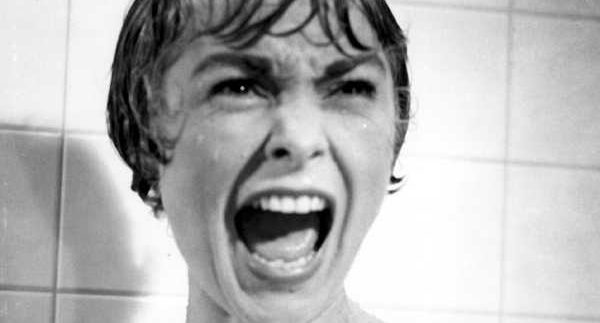 We all know that behind every good film stands a great director. Featuring some of our all-time favourites, this is a list of recommendations for all you film buffs out there—or anyone looking for a solid movie line up. If you love the classic director greats as much as we do, you might be inspired to relive the drama, comedy and tears with this who’s who of directors. Warning: you might not leave the house for days with a collection like this.

Alfred Hitchhock: Psycho, Dial M for Murder, The Birds, Rear Window
The master of suspense and psychological thrillers, Hitchcock is unique in every sense of the word. With more than fifty movies in his repertoire, the acerbic tongued British director has undoubtedly left his mark on modern cinema and topped a 2007 poll of film critics in the Daily Telegraph who said, “Hitchcock did more than any director to shape modern cinema, which would be utterly different without him. His flair was for narrative, cruelly withholding crucial information (from his characters and from us) and engaging the emotions of the audience like no one else.”

Quentin Tarantino: Reservoir Dogs, Pulp Fiction, Inglourious Basterds , Kill Bill Vol. 1
Regardless of whether one thinks his films are too violent to be considered great, there’s no denying the impact Quentin Tarantino has had on popular film culture. His unique ability to aestheticise brutality mixed with the element of black humour rounded out by his “nonlinear storylines” brought about a new style of filmmaking that initially started off on the Indie cult track but is now definitely part of the mainstream, even if it somehow still doesn’t toe the line.

Martin Scorsese: Taxi Driver, Goodfellas, Raging Bull, The Departed
Where would Robert De Niro be were it not for Martin Scorsese? Undeniably one of the most influential American directors ever, Scorsese rarely strays far from his themes of Italian-American identity, Roman Catholic concepts of guilt and redemption, machismo, and violence. If you’re ever pushed to see just one Scorsese film make it Taxi Driver, his “dark, urban nightmare of one lonely man’s slow, deliberate descent into insanity,” brilliantly acted by De Niro and featuring a very young Jodie Foster playing an underage prostitute.

Stanley Kubrick: A Clockwork Orange, The Shining, 2001: A Space Odyssey, Dr. Strangelove
Widely acknowledged as one of the most influential and innovative modern day directors, Kubrick was a film maker who did things his own way, at his own pace and in his own inimitable style. Never sticking to one particular genre or type of film, he maintained complete artistic control most of the time and yet was consistently backed financially by the major studios. Most of his work was considered controversial including Lolita which was his take on Vladimir Nabokov’s classic novel of the same name, as well as A Clockwork Orange based on Anthony Burgess’ novel; films that today strike a chord with viewers.

Steven Spielberg: ET, Munich, The Color Purple, Indiana Jones
What can we say about Spielberg that hasn’t already been said by others? Whether he’s directing summer block busters, Oscar winning dramas or producing groundbreaking television series, the man is movie gold. From his early days of adventure and science fiction films Spielberg has now moved into all genres covering diverse issues such as slavery, war and terrorism, but the film that put him on the map was Close Encounters of the Third Kind. Who can forget E.T., Indiana Jones and the Raiders of the Lost Ark or even Jaws? These are films that not only raked in the money but further cemented his position as one of Hollywood’s leading and best directors

Joel and Ethan Coen: Fargo, O Brother Where Art Thou, The Big Lebowski, No Country for Old Men
If you’re into quirky, hard to define movies then the Coen brothers are right up your alley. Seamlessly meandering from black comedy and noir to screwball, crime thriller and psychological drama the brothers have carved their own little niche in the world of movie making. Their unique style of work has seen their films garner a near cult status, such as The Big Lebowski, while continuing to strike box office gold. In recent years actors like George Clooney, John Turturro and Frances McDormand have become synonymous with the Coens’ appearing in a number of their films.

Ang Lee: Crouching Tiger Hidden Dragon, Brokeback Mountain, Sense and Sensibility, Eat Drink Man Woman
For those who think Ang Lee is all about the special effects, undoubtedly they’ll be surprised to learn his film portfolio is as diverse as any other on the list. With recurring themes of alienation, marginalisation, and repression continuously popping up along with his focus on tradition and modernity, Lee has continued to direct films that transcend cultural barriers yet retain that sense of cultural particularity. Whether it’s a Jane Austen classic or a film based on the traditional Chinese “wuxia” genre of martial arts and chivalry, Lee has proven his mastery in film making.

Pedro Almodovar: Women on the Verge of a Nervous Breakdown, Tie Me Up! Tie Me Down!, Volver, Talk to Her
Arguably one of Spain’s most infamous exports, aside from their football players, Pedro Almodovar continues to come up with films that are a continuation of his previous works yet stand alone as his trademark work. Most of his films are marked by complex narratives, melodrama and the use of pop culture, popular songs, irreverent humour, strong colours and glossy décor. Desire, passion, family and identity are also prevalent themes of his. Besides, it’s thanks to him that fellow Spaniards Antonio Banderas and Penelope Cruz gained international stardom after appearing in his flicks.

Woody Allen: Hannah and her Sisters, Everything You Wanted to Know About Sex But Were Afraid to Ask, Annie Hall, Vicky Cristina Barcelona
If we were to think of any director that epitomises a certain place or city, Woody Allen is the filmmaker and New York is the city. Whether its dramas or his trademark screwball sex comedies, there isn’t an actor or actress that hasn’t professed to wanting to work with Allen, such is his imprint on American cinema. For inspiration Allen draws on plenty of fields such as literature, sexuality, philosophy, psychology, Jewish identity and the history of cinema, among many others. Actresses such as Scarlett Johansson, Diane Keaton, Mia Farrow and Dianne Wiest have had the ‘honour’ of being bestowed by the Woody Allen ‘Muse’ tag – and it certainly hasn’t harmed their careers.

David Lynch: Mulholland Drive, Twin Peaks, Blue Velvet, Lost Highway
His name may not be the first one to pop in mind when compiling a list of the best directors, but it should, as David Lynch is one of the stalwart greats of modern cinema. His distinctive and unorthodox approach to narrative filmmaking, dubbed ‘Lynchian’, has made his works instantly recognisable to critics and audiences alike, especially as he’s known for his nightmarish and dreamlike images and meticulously crafted sound design. In 2007 The Guardian gave him top ranking in their ‘The World’s 40 Best Directors’ saying “…no one could fault the conclusion that David Lynch is the most important film-maker of the current era. Providing a portal into the collective subconscious, the daydream nation conjured up in tales…is by turns frightening, exasperating, revelatory and wild. Nobody makes films like David Lynch.”

*Special mention must be made for Francis Ford Coppola and the timeless Godfather trilogy, as well as Oliver Stone, Tim Burton, Paul Haggis and Steven Soderbergh.