If you’ve tuned in to our latest Ramadan comedy series review, you would likely have noticed how much we liked Yehia El Fakharany’s newest show, Bel Hagm El 3a2ely. And since we liked it so much, we thought we’d sit down with the man behind the story and the script, Mohamed Ragaa, the writer of the show.

What do you mean by Bel Hagm El 3a2ely (Family Size)?

I always follow my gut when it comes to writing. After I finished the first episode, I found myself putting that title, and when I sent in the episode, I saw that Dr. Yehia and the production company liked it. This is because the character is all about food and the kitchen, plus the main characters are members of a large family.

How did the collaboration with El Fakharany come to be?

Ibrahim Hamouda, the producer, called me up at the end of last Ramadan, and told me that there’s a partnership between his company and Yehia El Fakharany for a show in Ramadan 2018. And after my work in Fouq Mostawa El-Shobohat, and El-Hesab Yegma3, El-Fakharany, himself, chose me as the writer of the show. So we met up and discussed the topic ‘til we agreed on what the character would be like, and on the show’s main plotline, and I started writing in September.

How do you describe your experience with Yehia El Fakharany?

Yehia El Fakharany, to me, is the entire history of TV drama, so to speak. Working with him is working with vast experience and long years of work in drama. I learnt a lot from him, and was very pleased when he confirmed my belief that writing is the cornerstone of any series. I hope that all those who work in the industry learn this from him.

How did you guys choose Hala Khalil as the director despite her long sabbatical from the small screen?

Again, it’s all about following my gut. After I finished the fifth episode, El Fakharany and I started thinking about who could direct the series, and despite there being a lot of suggestions, at some point, her name (Hala Khalil) came to my mind, and I suggested her for more than one reason. First of all, we had a lot of projects planned together that didn’t pan out, and secondly, because I’m certain she’ll be able to understand this type of drama. As for the third reason, I knew of her desire to work with El Fakharany. I know that it was an out-of-the-box suggestion since she only worked on one TV show, Fatat El-Leil with Laila Elwi. El Fakharany welcomed that suggestion, and she agreed instantly when the producer called her up.

Who thought of casting Mervat Amin, and did you write the character specifically for her?

The production company chose her, and I was very happy with that casting because I wanted to work with her for a long time. She’s a mega star and a very passionate and spontaneous actress. She truly appreciates the writing. It was a night of celebration for me when I realised that Mervat Amin would act out the lines I’ve written. From that moment on, I wrote for the character with her on my mind, her voice, her smile, and her facial expressions. 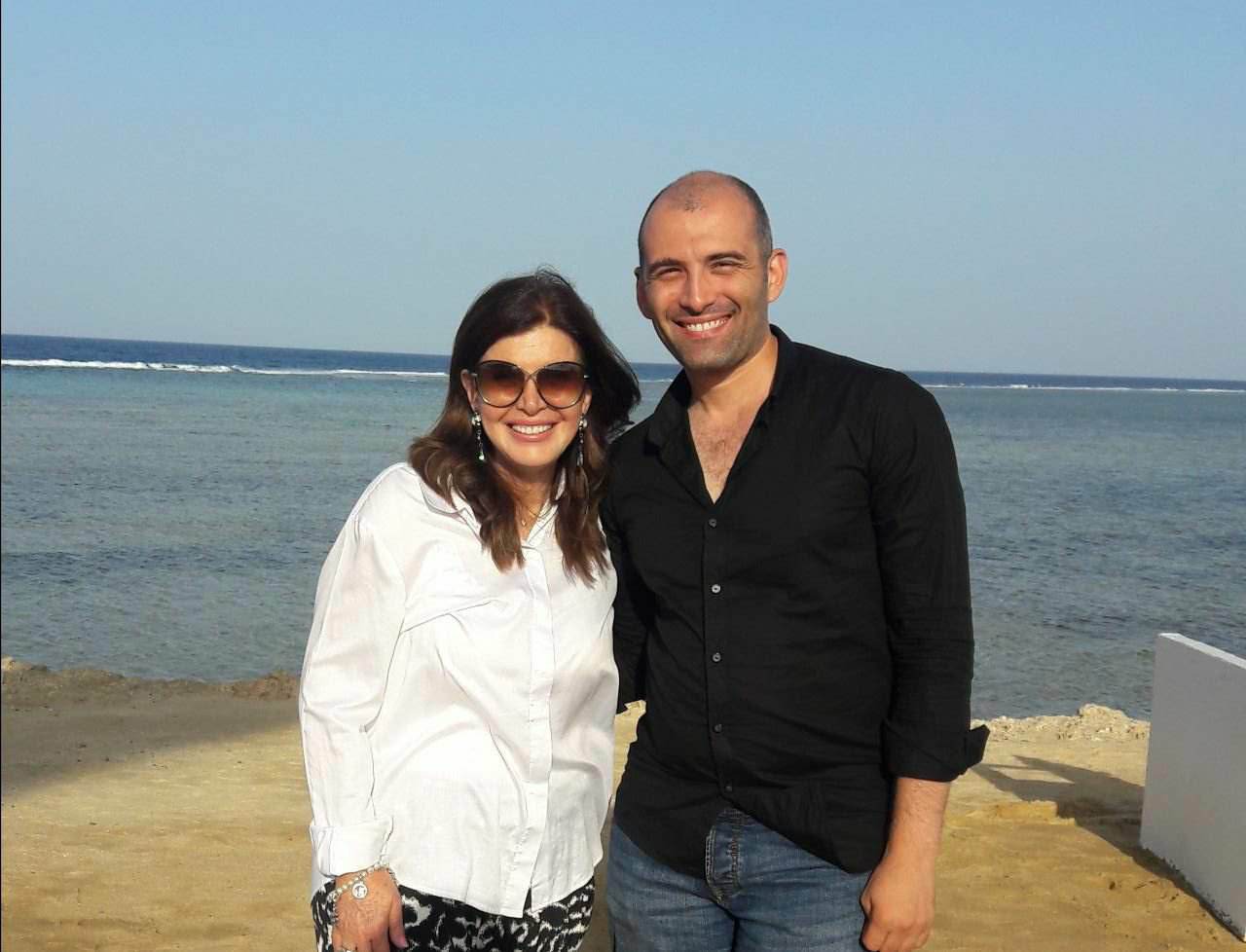 Mega stars like El Fakharany and Mervat Amin are sure to have their opinions, did they interfere in the writing process?

I create the characters with a lot of love, and I’m sure they felt my passion when they read the episodes. A mega star, in my opinion, respects the writing, and they don’t have any interference in the negative sense of the word. What they do have is notes or comments on certain lines or scenes, and that’s quite normal. I believe I’m flexible when it comes to discussion, and this helps elevate the overall level of writing.