Ramadan series have become a huge part of the Holy Month, like it or hate it, this is a fact. And that’s exactly why we’ve had our own series of articles, analysing how top male-lead and female-lead shows have been doing. But before we get into, let us make a few things clear first, and if you already read the male-lead shows analysis, this is not a déjà vu, we’re just repeating our methodology for the sake of clarity.

So, let us start with the methodology so you guys understand how we got the numbers. But before that, we must make the disclaimer of stating that YouTube views change by the second, so a few thousand views can be made from the time we fetch data for a show. However, you’ll see that the differences are substantial enough to give a strong indication.

Our methodology was to fetch the exact number of views for each episode of the top shows from their main YouTube channels. This does not include Facebook views, or YouTube views of show highlights or summaries, but only YouTube views of full episodes. Since Ghada’s Ded Maghool take a bit more of time to upload their episodes, we counted only up to the 20th episode for all shows, despite La3net Karma having uploaded more. Please bear in mind that this is not a critical review of the quality of these shows, but of their popularity according to YouTube views. 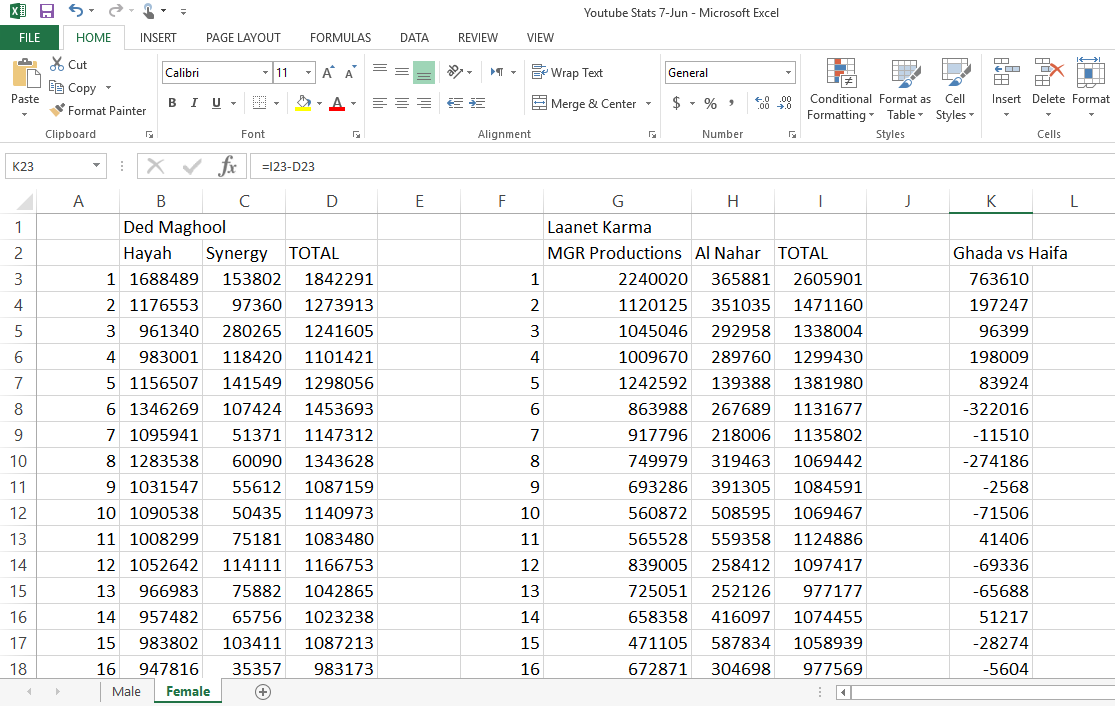 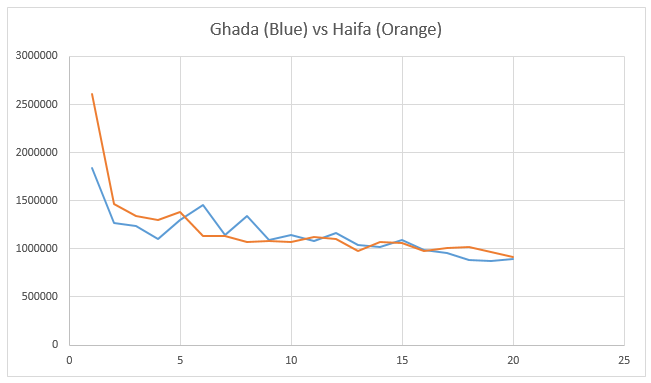 We’ve previously mentioned how well La3net Karma was doing, and the success that Haifa Wehbe has been having. And while that success has remained, we saw a stunning comeback from Ghada Abdelrazek’s Ded Maghool that saw her soar much higher in terms of YouTube views as well as public reception. However, the dirty tricks have found their way in this battle as Haifa Wehbe, or rather the producing company, MGR Productions has been blasted with allegations of purchasing fake YouTube views. Such allegations have been backed up by the fact that the show has been having little influence on other social media outlets, while Ghada’s show has been praised on different social media platforms, and was trending for a respectable amount of time.

However, we have no reason to believe those allegations are true, and till this moment, they are simply speculations around the success of a show. Haifa Wehbe has every right to whip out a “They hate us cause they ain’t us” move right now.

So let us return to the analysis. Haifa Wehbe’s first indicator of success was the views of the first episode of the show, and in that, she still has a commanding lead over Ghada with over 700,000 views. While Haifa has maintained a lead over the next few episodes, she lost on multiple occasions to Ghada’s show, especially between the 6th and 16th episode, where things are said to have picked up a bit. Despite that, Wehbe have managed a relatively good lead in the continuing episodes up until the last. Perhaps the somewhat earlier release of some episodes helps in that views.