Celebrating its 15th anniversary this year, Zamalek Art Gallery has been hosting a series of exhibitions which represents the works of some of Egypt’s art pioneers. After hosting ‘Art is My Life’ by Gazbia Sirry, this month the gallery embraces the outstanding works of Abdel Rahman El Nashar, by presenting the pieces of El Nashar’s actual museum on the Cairo-Alexandria Desert Road, which was established after his death in 1999, by his wife, artist Zeinab El Sageeny, and their daughter, architect Eman El Nashar.

Displayed in the first hall of the gallery is a unique collection of El Nashar‘s famous three-dimensional paintings.  The artist replaces the even-surfaced canvas with an assembly of wooden blocks that create multiple surfaces, on which he used various media; from oil paints to tiny leather strips, and even ceramic pieces. 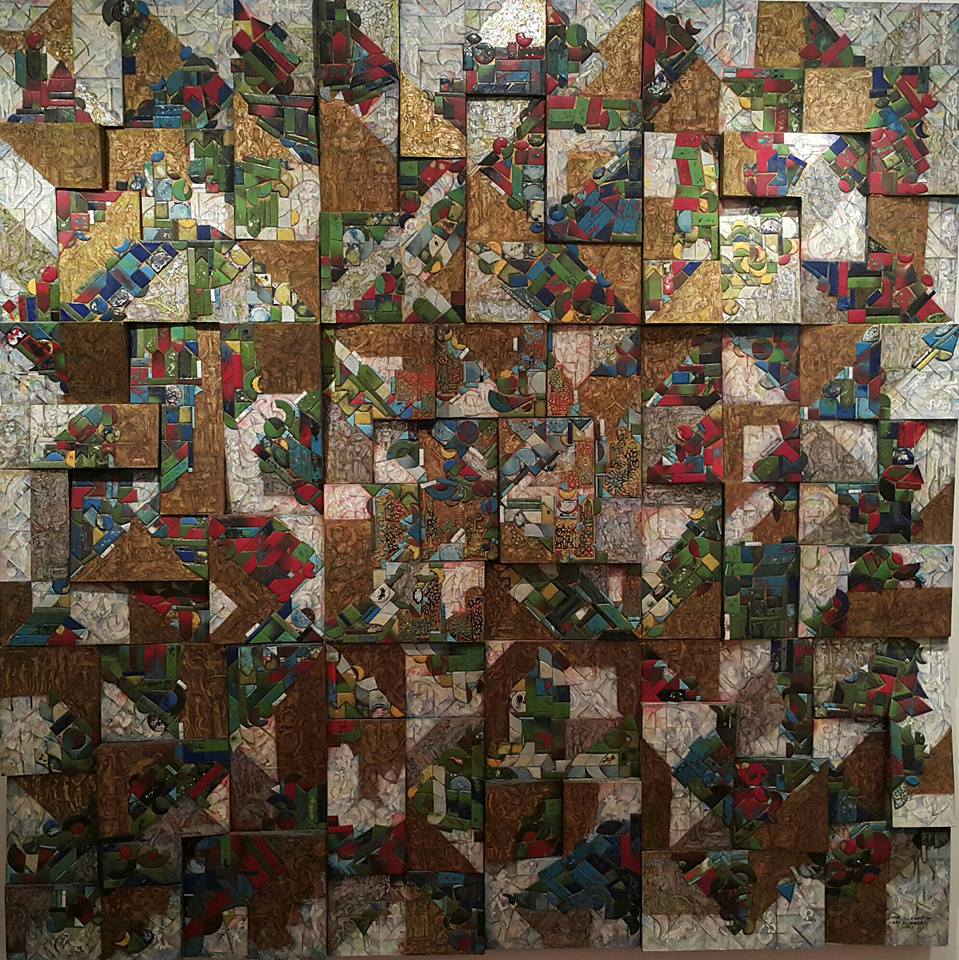 Boasting pieces of red and green ceramic, as well as human forms painted in gold, the masterpiece of this hall, ‘The 8th Saga’, which reveals El Nashar’s keen eye for detail and his avid cubistic approach.  Resembling a jigsaw, each block is unique, yet congruent with the others, forming the grand piece which was finished in 1997. 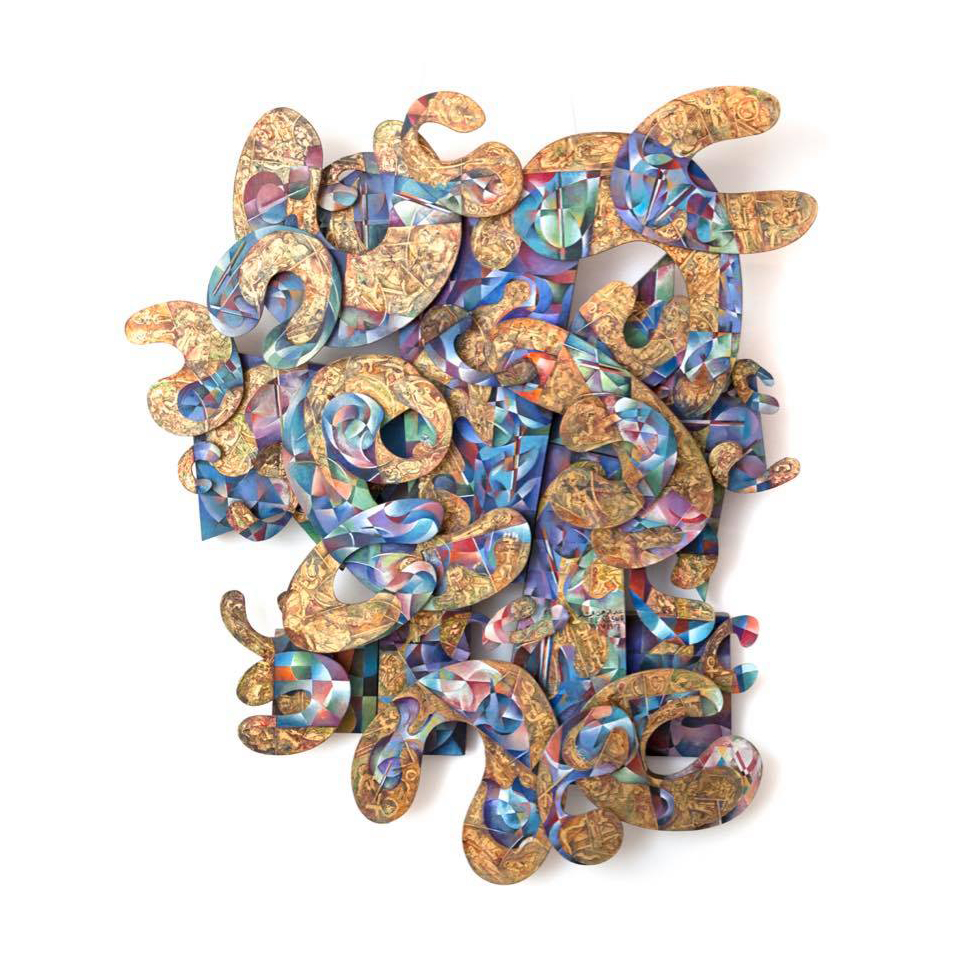 Made in the same year, ‘Organic Integration’ comprises a number of wooden plates, whose curved outline corresponded to the curves of the patterns of blue, red and gold painted on them. Though overwhelming in its many details at first glance, the dynamic outline of the piece smoothly engages the eye to get a clear view of every single detail in the pattern.

El Nashar’s devotion for detailed geometrical patterns dawned in his earlier cubistic pieces, which are displayed in the second hall of the gallery. Painted in 1958 with oil paints on a regular wooden canvas, ’The Oasis’ captures the contrast between the animation of the oasis and the stillness of the desert; carefully painted with a colourful combination of greens, blues and different shades of orange, the oasis is framed by less-detailed waves of the yellow and orange of the desert.

With almost the same palette and materials, ‘Scarecrow’ is an abstract depiction of a field, where human body parts are scattered in the background of yellows and pale greens, while near the centre lies a scarecrow in the foreground painted in brown and dark green.  Unlike ‘The Oasis’, which artistically documents a landscape, ‘Scarecrow’ reflects a darker side of El Nashar, despite its relatively bright colours.

In addition to gathering the complete works of an exceptional artist such as Abdel Rahman El Nashar, the gallery has succeeded in paying the ultimate tribute to one of Egypt’s most acclaimed artists. The exhibition allows the viewer to take a closer look at the artist’s creative process by exhibiting his easel and paints next to his last unfinished painting, as well as hosting a screening of a documentary, in which the artist’s wife, Zeinab El Sageeny, speaks about El Nashar’s actual museum.

Involving the viewers in El Nashar’s creative process, by exhibiting the artist’s very own easel and paints.

The 'museum' is temporary, lasting till the 7th of December.