The World Without Us

Alan Weisman: The World Without Us 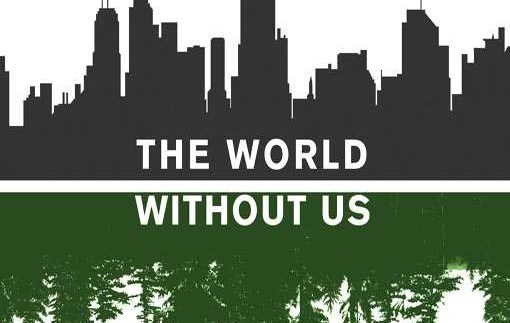 Imagine a world where people don’t exist. Alan Weisman, in his seminal work The World Without Us does more than simply imagine what our world would be if all humans simply disappeared overnight, he extrapolates the data available and paints an image of that human-void Earth that is at both exciting and startlingly frightening at the same time.

Focusing on New York, Weisman scares us into believing we are not the ‘chosen’ species, but that in fact, we are living in borrowed space and time, for that matter. As with the threats of rising climate changes, a world without humans could quickly become a reality.

His often pessimistic approach to humanity creates a detailed tale of our demise. As he looks into the crazy world of an urban jungle returning to the one from which it came he drives home the point that we may not be as permanent as we may believe, or want to feel.

Take Manhattan for example. Here, he tells of the days and hours it would take to see the changes nature would inflict upon this metropolis. Underground water veins would quickly make their way to the surface – as nobody would be there to maintain the machines that pump millions of gallons of water out of the subway system on a daily basis. This would create a new environment, one that could take over the cement structures that comprises New York City. In a matter of months, all semblance of human life would quickly go the way of the Dodo. It would begin to crumble, break and plant life would take back what was rightfully theirs.

This all takes place within a matter of days, years, or even a few decades. At least the Statue of Liberty will remain for time immemorial; a sign that for some far off archaeologist, the legacy of humanity will remain. It’s a bit of a slap in the face by Weisman, who points out so poignantly that at least we will have our freedom, even if we are gone and the statue illuminating this point lies at the bottom of ocean just off the coast of where once stood a great city.

Just imagine all that we hold dear and think is permanent, is gone in only a matter of years. The image of the Statue of Liberty at the bottom of the ocean shows how close we are to the brink. Without humans, the world would quickly, and without end, retake the lands that we humans have endeavoured to control. If we do not, he reminds us, we will all quickly not see how fast the world is able to recover when we are gone.

Wastelands: Stories of the Apocalypse, Six Degrees: Our Future on a Hotter Planet, Last Generation - How Nature Will Take Her Revenge for Climate Change

Alan Weisman is an American author, professor and journalist. He’s written several books and won numerous international awards for his work in journalism and literature with his reports on Latin America having appeared in publications such as Harper's, The New York Times Magazine and Conde Nast Traveller.