Liberation Square: Inside the Egyptian Revolution and the Rebirth of a Nation 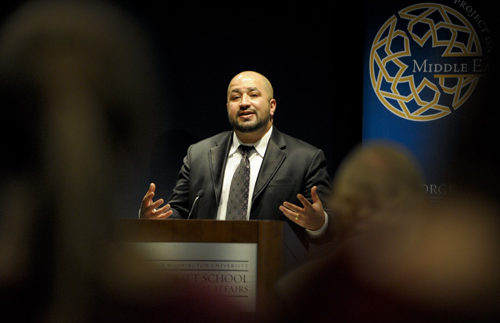 The 2011 Egyptian revolution has undoubtedly sparked more
art, expression, creativity and literature than Egypt has seen in the past
thirty odd years. While some have been inspiring, some have also choked the
revolution to the point of boredom. It is with absolute relief and delight to say that the
Liberation Square: Inside the Egyptian Revolution and the Rebirth of a
Nation by Ashraf Khalil is not of the latter.

An Egyptian-American
journalist and writer based in Egypt for the past fifteen years, Khalil has been a correspondent for the likes of Los Angeles Times, The Times and The
Economist. For his first book, Khalil has framed the revolution into an entertaining and educational read.

Khalil divides the book into twenty parts, including the
prologue and epilogue. Starting at the beginning of all that has lead to our
current situation; Khalil sheds light on the sequence of events and essentially
how and why everything came to be. The rise of Mubarak after Sadat’s assassination
is where the story begins, and Khalil moves chronologically  through Egypt’s history, leading up to today.

Moving through the chapters, the reader is given a very
clear and precise account of everything that aided the revolution and added to
its necessity, such as the Kefaya movement’s development and Khaled Said’s
monstrous death. It’s informative, easy to read and, above all, engaging. Khalil
voices a very genuine and truthful angle to events; his sources and
references are directly from the people involved and paints a sincere picture. His
accounts are often quite moving, where you find yourself smiling at the
memory of an event or touched by the humanness that prevailed over much of the
revolution.

This is what’s most enjoyable about this book. It highlights
the beauty in the uprising, the human hope and the undeniable warmth of the
Egyptian people. While he retells events that are simply unjust and frustrating, the story
being told is bigger than that. It’s a thoughtful representation and
description of the movement and is told from a view point most
revolutionaries would relate to.

Details that we either are unaware of, or have simply disregarded and forgotten,
are given in relation to Mubarak and his rise to power. The fact that he was
somewhat of a joke to the Egyptian people prior to his presidency, where he was
regarded as complacent and uncharismatic, is an aspect most of the younger
generation isn’t plainly aware of.

For anyone interested in getting to know the Egyptian
revolution and how it actually played out down to the smallest details and side
stories (which are not only relevant but highly interesting), Liberation
Square is a highly recommendable read.

Revolution 2.0, The Struggle for Egypt: from Nasser to Tahrir Square.

Ashraf Khalil has covered the Middle East for the Wall Street Journal, Los Angeles Times, Foreign Policy, the Times of London and The Economist.  He worked as a correspondent for the Los Angeles Times in Baghdad and Jerusalem and has been based in Cairo for most of the last fifteen years. He is an Egyptian-American, born and raised in the US and a graduate of Indiana University.