The Sahara: A Cultural History. 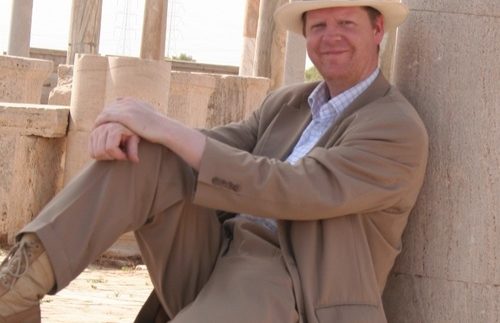 How many camel experts do you know? If the
answer is none, then you can change that by picking up Eamonn Gearon’s book, The
Sahara: A Cultural History. Gearon goes to great lengths to dispel the
misconstrued notion that the Sahara is a big empty desert. Though the largest
desert in the world is undeniably isolated, remote and harsh, he demonstrates
that the Sahara is by no means devoid of history, culture and life. The book
reads as a fascinating cultural tour to be enjoyed by both adventurers and
armchair travellers alike.

Gearon divides his book into five parts.
The journey begins with a discussion of the desert’s watery past that dates
back millions of years to when the Tethys Sea covered the land now considered
the Sahara. These massive changes in the climate are further elucidated by
intriguing descriptions of ancient rock art. It is clear that the author
possesses a soft spot for these examples of prehistoric human creativity.
Consequently, his anger concerning the vandalism of these early works of
Saharan art is made readily apparent in his writing.

Parts two and three of The Sahara: A
Cultural History serve as a sweeping history of the Sahara from ancient
Egypt’s Land of the Dead to the armies of Islam and finally to the 20th
century calls for independence from Saharan nations. This expansive historical
sweep is much more readable than other histories thanks to lighter,
interspersed stories and anecdotes like a section debunking camel myths. Woe to
any foolhardy reader who dares call camels lazy.

Furthermore, Gearon demonstrates the
importance of the human factor in narrating the history of the Sahara by
including firsthand accounts of famed travellers like Ibn Batutta as well as that
of the often less than culturally sensitive European explorers. Passages from
personal diaries and primary sources depict the Sahara’s many visitors as
inspired and well intentioned at times, as well as profoundly ignorant and even
racist at other times.

The final two parts of the book cover the
modern artistic creations inspired by the desert as well as encounters between
indigenous peoples and visitors. War poems, famous brush strokes, spy stories,
and a casual mention of Star Wars can
be found in first of the final two parts. The well read reader will be
delighted to see how literary figures such as Wordsworth, Coleridge, Byron,
Shelley, and Keats are intimately acquainted with, though often physically
distant from, the Sahara. The final part of the book deals with treasure
hunters, unsuccessful missionaries and adventure tourists who all sought to
leave their mark upon the Sahara.

Adventure seekers, travel enthusiasts, and
casual readers will all thoroughly enjoy this exploration. The reader may even
be inspired to sell their house, buy three camels and spend the next couple
years traversing the Sahara. If that sounds a little extreme, you can settle
for reading a book written by someone who did exactly that.

Eamonn Gearon is an Arabist, author, and camel expert. For the past twenty years, he has lived in the Greater Middle East, focusing on policy issues as an analyst and special advisor. You can find more information about the author on his website.