To Each Her Own

Inji Amr: To Each Her Own 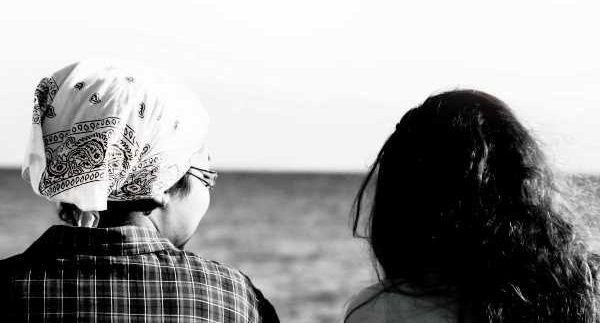 We are all free to make our own lifestyle choices, experiences and
friends, but would you like to read all the elaborate details about someone
else’s? To Each Her Own, the debut
novel by first-time author Inji Amr, prompts readers to ask that question.

Essentially another compilation of short stories, this 76-page-long
novel focuses on five young friends, through which she shares with us their mundane and typically Egyptian experiences in different aspects of life, such as work,
travelling abroad, cooking and even parking in Tahrir Square.

You can almost imagine the author as someone that you could sit next to on
a bus or on a plane: she tells her friends’ stories from her perspective,
sharing her opinions in a very open, amusing and casual style of writing. The
characters are all familiar; and the reader may connect with one or two of them,
after all; her characters mostly read as very real members of modern Egyptian
society.

Though the style of writing is diverting and sometimes even funny– such
as the ongoing joke of calling her hard-handed boss Meryl Streep from The
Devil Wears Prada– the flow of the novel is still bumpy at times. The
reader may occasionally feel the need to go over a paragraph more than once to get
the point; not to mention the handful of spelling mistakes here and there!

A note from the book’s publisher describes To Each Her Own as ‘The lost voice of middle-class women in Egypt,’ and to
some extent it’s true: most Egyptians can relate to these familiar stories.The stories
are similar in writing to those published in blogs by dedicated Egyptians that
hope for Cairo
to be like the more developed capitals around the world.

However, at the core of it, the author herself doesn’t seem like the lost voice
of middle-class women in Egypt. She obtained her pre-university
education abroad from a prestigious and respected school while her dad’s high
position and her family connections helped her to find a job at a minister’s office.

What makes the reader
question the book as a collection of true local experiences is that it often strays from experiences that most middle-class Egyptians share and focuses on subjects that are less relevant and relatable to middle-class society, such as trips to Beijing and
Brussels, to mention a few.

To Each Her Own is a light read that somehow provides an optimistic
look at Egypt’s
future generations. However, the book’s simplistic style is not really what you can
call a work of art; it’s more of a young woman’s thoughts on what she has learned
from her friendships and day-to-day life.

After finishing this book, you might
be surprised by the book’s simplicity and flatness, which may lead you to feel
that you may as well pick up a pen and start writing one yourself.

Taxi, Whatever Happened to the Egyptians, After The Honeymoon

Born in 1983 in Alexandria, Egypt, Inji Amr is an aspiring writer and a graduate of the Faculty of Economics and Political Science in Cairo University. She currently works as a business consultant. This is her first novel.